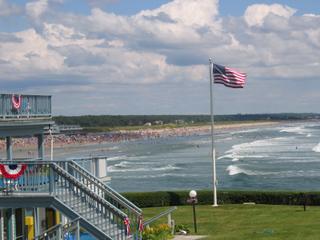 To call this a tour is a misnomer. We quit touring in 2001 when we told Bruce Houghton at Skyline Music if he would book Roger at interesting venues for a proper fee, we would travel great distances and he would not be responsible for pickup dates to fill the time and the expense of being on the road. But when we have two concerts on the same trip, it makes sense to call this a tour.

This tour started in Treasure Island, FL. We had gathered at Pat’s house with a group of friends to celebrate birthdays, anniversaries, a wedding and the beginning of summer. Any excuse for a gathering of this group of friends is always welcome. Pat and the newly weds, Diane and Paul, planned for us to kayak on Saturday afternoon and to watch the sunset from Pat’s dock while Paul barbecued Lobster kabobs for dinner. We weren’t sure about the kayaking, but we were real sure about the lobster.

We drove into the driveway, opened the doors of our van and the pungent smell of dead fish crinkled our noses. The red tide had come to the Gulf coast and it was the worst case in many years. Multiple species of fish carcasses were floating with the drifting tide. Our plans for summertime fun on the water quickly changed to cooking, computer classes and music in Pat's mid-century beach bungalow.

The next morning, as a group of us were concocting huevos rancheros with chunks of lobster left over from the night before, Roger entertained the chefs with music. He started playing, “The Trees Are All Gone” (BACK FROM RIO). The song seemed very appropriate and his acoustic version had us clapping and dancing. It was added to the set list for this tour.

The breakfast conversation included talk about the July 4th holiday. I started wondering why in the world did we say yes to two dates on the busiest Fourth of July weekend in ten years. Then I remembered. The July 3 date was with Donovan, a dear friend whom we haven’t seen in years, and the July 2 date was in Maine, a place we like to visit. Strangely, Maine was having a problem with red tide too.

After breakfast, I jumped into the driver’s seat of our van and Roger manned the GPS station. We have three GPS units for the van. THREE! Yes and that is another story. Anyway, we named the driver’s GPS, Nancy as in Nancy Drew, because Nancy Drew was a sleuth who found things. We had to name the units, because they often gave us different directions and we needed an easy way to differentiate between them, plus things just work better when they have a name.

We love to drive the roads of America, but sometimes the interstate highways get filled with crazy drivers. Our song “Southbound 95” (LIMITED EDITION) describes some of those driver’s antics. We decided that since this was predicted to be one of the busiest road weekends of the year that we would let the gang of GPS units take us off the major highways. We wanted to see how much I-95 we could avoid.

From Tampa we connected to I-75. Around Ocala we caught route 301 and cut diagonally to I-95 north of Jacksonville, FL. We had a late start, so around 5pm we spotted a hotel from the highway in Brunswick, GA at exit 38. When we are touring, we “wing it” when it comes to hotels, unless it is a concert night. There was a time when our favorite hotels were those with 24-hour room service; now it is those with free high speed Internet access. The Brunswick Fairfield Inn fit the bill. The other thing we look for when we are winging it is a good restaurant. Since we had spent the last two days eating, we weren’t sure we would be hungry, so the restaurant wasn’t a high priority.

The Fairfield had a room and there was a Holiday Inn next door with a restaurant,The Brunswick Millhouse. We didn’t have high expectations of the restaurant, but a small salad would probable fill our requirements. As we were guided to our table we both noticed something very different about this hotel restaurant. There were lots of servers in the rather classy attire of black pants, white shirts and short draped aprons. The hostess handed us our menus and the wine list. This was not a highway restaurant. The wine list had Far Niente and Sonoma Cutrer. All of a sudden, we were hungry and The Brunswick Millhouse restaurant satisfied our appetites. The crab cakes were delicious.

Over dinner we discussed the next days adventure and decided to make it official, we were getting off I-95 for the rest of the trip.

We left I-95 at the exit to Beaufort and Charleston, SC. I was born in Beaufort and we oftened stopped there, but today we decide to keep going. I always drive the first hundred mile shift. Sometimes when I’m on the back roads, I can’t bring myself to give up the wheel. This was one of those days. I loved driving through the tree lined, two lane roads between Beaufort and Charleston. Memories of driving to Charleston to be on the “Cowboy Bob Show" for my fourth birthday came flooding back. Crossing the big bridge in Charleston kept me at the wheel. Our stomachs were growling to be fed. I wanted some seafood that tasted of the sea, just like I used to eat when my family went shrimping and crabbing on the Carolina beaches in 1955. I wasn’t stopping until I found it! 235 miles later, I pulled into the Lands End Restaurant in Georgetown, SC. It was located on the south side of a bridge with a boat marina to gaze upon. The seafood tasted of the sea.

New Bern, NC was our stop for the night. We found a hotel that had a room with a view of the water. We searched for a restaurant but we could find only one open because it was Monday night. We walked past a crowd of people waiting for a table at the only hope for food and decided to just explore the quaint streets of New Bern. We’d had a big lunch, so we weren’t hungry and after an hour of walking, we returned to our room with a view and had a picnic of almonds, cheese, fruit and wine. Our table that night was the best in town.

Tuesday morning we awoke early and headed to Edenton, NC. We arrived just in time for lunch. This charming town on the water was a favorite stop of ours and we were happy to see the Watermans Grill open and serving. We had stopped at this wayside feeding place years ago and had climbed up a spiral staircase in the restaurant to watch the sunset from the roof. I asked if the rooftop entry was still open, but the hostess told us that the owners had to stop allowing people up there because of the danger of someone slipping on the stairs. Ah... the joys of a litigious society.