Rain tapping on the window of our hotel room in Beckley West Virginia encouraged us to pull the covers up, reach for the telephone and extend our stay for one more day.  It is a good time to catch up on paper work and to mentally float out the window with memories of our adventures.
A song keeps drifting in and out of my head. It’s “Sophie’s Song.” Dave Barry wrote it for his daughter’s Bat Mitzvah and asked Roger to help him record it when we were in Los Angeles for the last concert of the “Rock Bottom Remainders.”

Kathi Goldmark, the founder of the Remainders, was putting up a good fight in a battle with cancer and we were all hoping she would make it to the concert, but we were all greatly disappointed.  The concert had been booked so there would be one last re-union of a ragtag group of millionaire writers, with one ringer from the Rock and Roll Hall of Fame. It was a group Kathi had orchestrated because she loved making music and knew that everyone wanted to be a rock ’n’ roll star. 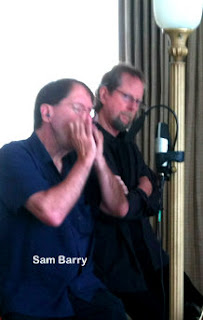 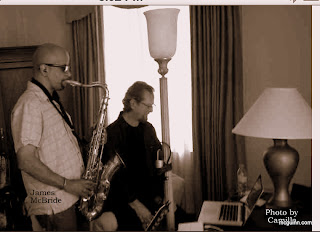 At the hotel in Los Angeles, we had a hospitality suite for the band. Most of the time it was filled with the writers autographing books to be sold at the concerts for charity and for a wild party after every show. The writers were never concerned about getting enough sleep. One morning in that room, Roger fastened a microphone to a floor lamp with gaffer’s tape, plugged in his computer and told Dave to sing, Ridley to harmonize, Sam to play harmonica, James to blow his saxophone and me to keep the room quiet. “Sophie’s Song” was created on the multi-track recording program, ProTools.
We took the recording to San Francisco where Roger and I spent the night mixing the parts. It was the most fun we’ve ever had at the Ritz Carlton…well almost. Dave has given permission for you to hear the song. Click HERE .

The days of our lives are spinning so quickly.  On November 18, 2012 we drove across country for a concert with the consummate singer, Miss Judy Collins. Being in her presence is always so awe inspiring. She has the energy of all the American Idol contestants put together and a talent that none of them can surpass.


In December, lectures on the Queen Elizabeth took us to the Mediterranean. The 5 o’clock afternoon gatherings of laughter at the Commodore Lounge with new friends Anthony, Stephanie, Gordon and Jonathon caused a twitter among the crew. But the biggest twitter came on New Year’s Eve, when  Gordon taught me the Scottish dance, “The Gay Gordons.” As usual with all my dance lessons since I was four years old, I promptly forgot the steps, but this time someone was filming. 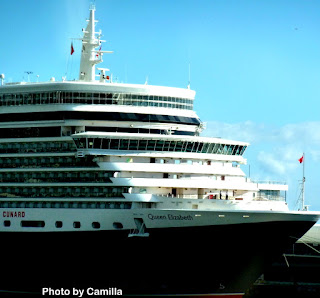 Crossing the Atlantic on a beautiful cruise ship is a voyage to be savored. We stayed on the Queen Elizabeth until the ship docked in Miami, but the farewell was short, because we boarded her again in Los Angeles for Roger to give three more lectures on the way to Auckland, New Zealand.

Arriving home in February was a double edged sword.  Coming home is wonderful, washing dishes is not. That darn sword never gets clean! Fortunately as with every year something always entices us out on the road again…Praise God! Trips to South Florida, New York, New Jersey and a wonderful trek to Indio, California for the Stagecoach Festival kept our motor running.  “Stagecoach” is the first festival Roger has performed in years. His theory about outdoor venues is that the energy dissipates. He compares it to a firecracker. As long as it is encased in a tight tube there will be a loud bang, but if you empty the gun powder on the ground it quickly fizzles out. The Stagecoach Festival has a great reputation, so we packed the van and hit the interstate. 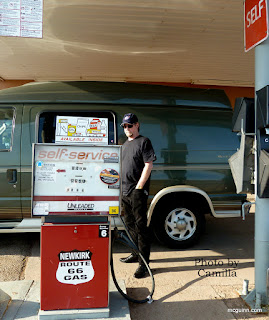 Route 40, “America’s main street”, is our favorite and once we connected to it, we had a direct path from the concert at Monmouth University in New Jersey to California. The day after the Stagecoach appearance, we headed to Carrboro North Carolina for a concert near the college town of Chapel Hill.  5084 miles for one show…now that is an adventure and no dishes to wash for many miles.

At my lemonade stand, one friend mentioned to me that we lived like royalty. I giggled wondering what members of a royal family drove a Ford Van with 180,000 miles on the odometer,  stayed at Hampton Inns, Marriott Courtyards and carried their cooler with them. But as I think about how much fun we have traveling, my hope is that royalty lives life with all the joy we do. 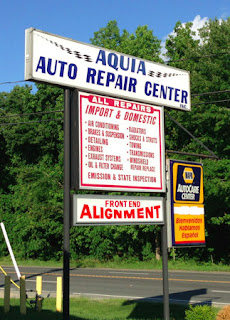 Our current tour has taken us to Montreal, Canada and Virginia. We’ve only had to replace four tires, the front brakes including rotors and calipers, on the way. When the unmistakable smell of smoking brakes caused us to question if the problem was ours, a parking lot was immediately to our right. We pulled in, looked up at the marquis and noticed it was a brake repair shop. How can man understand his own way?

After a sold out concert in Glen Allen, VA, we stopped at Thomas Jefferson’ home, Monticello, in Charlottesville, VA. The next day we explored “The Bunker” at the Greenbrier Resort in White Sulpher Springs, W.VA . Those historical places were intriguing but to have it all topped off with the beautiful drive through the mountains did make me feel like royalty. 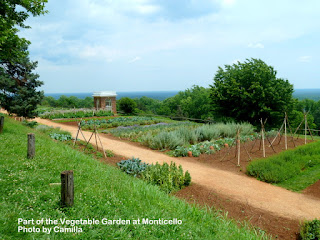 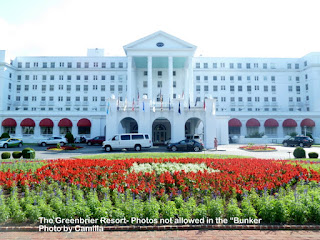 We’re on our way to Ohio for Peter Frampton’s Guitar Circus. Roger recorded one of Peter’s songs on his  ”Thunderbyrd” album and Peter asked him to join him for a reunion.  A nice bonus on our way to Cleveland is to stop in Columbus and celebrate Linda’s birthday.

Linda stood at the door of our tour bus in Columbus Ohio in 1991. She kept talking to the bus driver insisting that she needed to speak to Roger’s road manager.  I was real tired that night and didn’t feel particularly friendly, but she was so persistent in a gentle way that Tony, our bus driver, begged me to speak with her. I reluctantly walked to the bus door. She sweetly asked me if my husband would play for her husband’s 40th birthday. I smiled and said rather flippantly, “I’ve seen enough of Judge Wapner on TV to know better than to play for private parties.” She was so gentle and persistent, that in order to get her to go away I gave her Roger’s agent’s card and told her to call the agent.

The next morning, I telephoned Roger's agent and told her to expect a call from a very nice lady who would be calling about a birthday party. I gave Elizabeth, the agent,  a price to quote and said there would be no negotiation. I was sure the price was high enough that the birthday request would go away. Roger’s agent loved that command and was ready to play. Well there was no play. My cleverness was for naught. They sent a Lear Jet to pick us up.

Over the years Linda and Bill have become very close and special friends. Roger has played at all their landmark birthday parties, their Y2K bash  and their children’s weddings. The price has never been  negotiable – but now it is even higher than the first birthday concert – it is love.