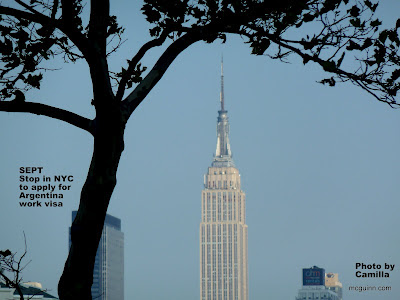 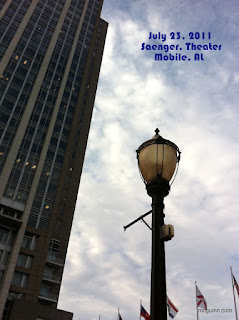 The downtown in Mobile, Alabama is easy to navigate on foot. Skyscrapers have been gently nestled next to historical renovations in this 300 year old port city. There are several hotels, but the Hampton Inn and Suites was perfect for us and the van. By arriving a day early we were able to enjoy walking the streets and a delicious dinner at the Café Royal on Royal St.

The historic Saenger Theater was erected in 1927 and has been beautifully restored. This European-style stage has been graced by thousands of performers throughout its many years and on July 23, 2011 Roger was honored to be singing, telling stories and playing his guitars and banjo on that stage. 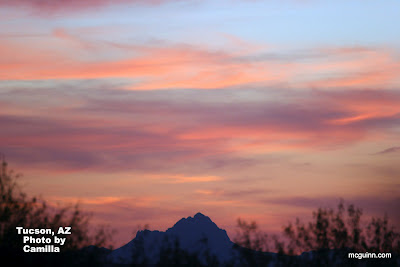 Our next stop was Tucson, Arizona for two very important occasions. Roger’s mother, Dorothy, was going to celebrate her 101st birthday and Roger was performing at the Fox Tucson Theater. We had hoped that Dorothy would be up to going to the theater, but she is very comfortable staying home. 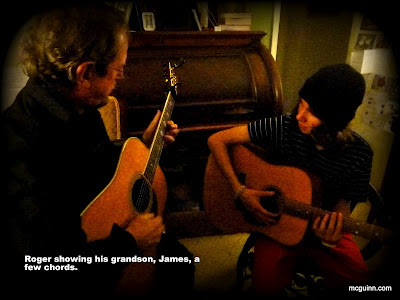 We did have a gathering at her house. Celebrating 101 years is an amazing moment, but there was another highlight in the evening. James McGuinn, Roger’s grandson, walked in wearing a shirt we’d had custom made for Roger in 1978. I sent the boys, James and Ciaron, a large box of Rock and Roll memorabilia the year before. The shirt, embroidered with the Thunderbyrd album cover on the back, was in the box. 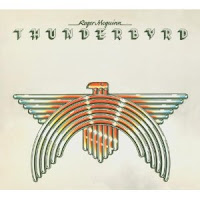 As the evening progressed, a few guitars came out. We were delighted to hear James playing. He hadn’t had lessons yet, but we are sure the music legacy is continuing. I drafted James to be Roger’s guitar tech for the concert on July 30.

Interstate 10 has long stretches of desert. The one advantage is that in parts of Texas the speed limit is 85mph on the highways that have long sightlines. We were headed to Austin for a concert but we scheduled our driving time to arrive in Fredericksburg in time to explore the small German settlement nestled in the Hill Country of West Texas. The town boasts of a variety of good restaurants, but we always walk from the Hampton Inn to the Navajo Grill. Some places are just like going home. 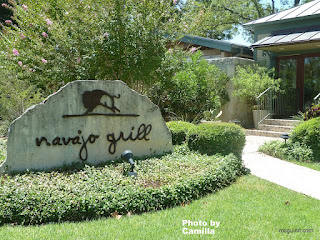 After a few days rest in Orlando, we hit the road again. A concert in Bartlett, TN at the lovely Performing Arts Center gave us a chance to explore a part of Tennessee we had never seen. In September we headed north to some of our favorite venues in Albany, Syracuse, Bay Shore, and South Orange,NJ.

While we were traveling from city to city, Roger’s International Booking Agent, Nick Peel was working on the paper work for a December concert in Buenos Aires, Argentina. We needed to get a work permit from the Argentinian Embassy in New York City. Fortunately we had a few days to get to the Grand Theater in Frankfort, KY. I made a reservation at our favorite hotel, the Sheraton Lincoln Harbor, and arranged to meet with an official at the embassy for a fast track procedure.

I am an optimist and thought if we got to the embassy as soon as it opened, our passports would be stamped and we could be on our way to John and MaryAnn’s house in Bucks County, Pennsylvania. Well optimism doesn’t hold water with bureaucracy. No matter how I worded my request the answer was always the same. ”Come back at 4:30pm.”

It was early, so we spent the morning sitting in the embassy enjoying the art work. At 11am, I checked one more time with the official gate keeper. ”Come back at 4:30pm.” We had checked out of the hotel, but we did not want to join rush hour traffic, so I called Michael, the concierge, and asked if he could arrange a miracle since the hotel was booked full. He found us a last minute cancellation.

Now all we had to do was amuse ourselves until 4:30pm. One of our favorite restaurants wasn’t too far away. Our stomachs began making noises; our feet began walking to Café Fiorello at 1900 Broadway. 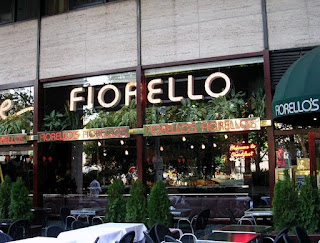 I found this Italian restaurant one Thanksgiving when Pat, Theresa and I were cold and thirsty after watching the Macy’s parade. That day we sat at the antipasto bar and didn’t move until we were to meet Roger and the rest of our friends for Thanksgiving supper at 7pm. That is the Thanksgiving I will always remember as having had two feasts.

Roger and I arrived at the Café just as the doors were opening for lunch. We settled on our favorite stools at the antipasto bar and chatted away with the server. There was no rush, so we ordered slowly and when we weren’t ordering something, the server would surprise us with a tidbit to taste. The restaurant filled quickly and I noticed the maitre d’ was in a bit of a flutter about someone. As the lunch crowd left, and we were still enjoying the ambience,conversation with other folks sitting at the bar and the slow stream of food, I saw three people move from the back room to the table right behind us.

I knew I recognized the man, but I couldn’t place him. I told Roger that the man behind us is famous and I think his name is Roger too. I received one of those knowing smiles and was offered some more champagne. My husband never turned around to look, so I was left racking my brain by myself. Roger who? 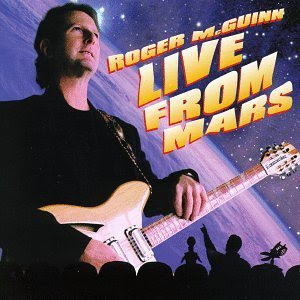 After almost five hours of watching the world go by at Café Fiorello, Roger and I slowly walked back through the bustling crowds on the sidewalks of New York to the Argentinian Embassy. Our passports were stamped! We were going to Buenos Aires in December.

Well you never know what a day may bring forth!

Next adventure - A train ride, a ship ride, a birthday and a drive through Europe! 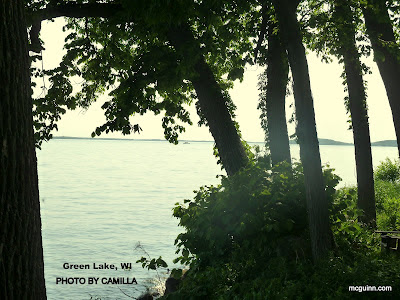 We were one hundred miles from home on Interstate 75, when I hollered to Roger from the driver’s seat, “Did you remember your hat?” I couldn’t recall packing it in the van. He immediately ended his telephone conversation with his mother and I took the first exit. I was ready to drive back home, but Roger was sure we could get one in Chicago, our next concert stop.

Arriving in the Southside of Chicago after 5pm made it too late to go into the city to find a hat store. At that point, the warm summer air helped us make the decision for Roger to go hatless at the Beverly Center concert. The concert was wonderful and it was the first venue where “CCD” was sold, but I really missed seeing Roger walk out on stage with his feathered fedora slightly cocked on his head. We had to get a hat! 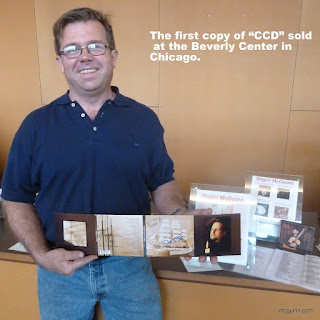 Early the next morning, we were standing at the door of the Hats Plus store on Irving Park Road. The inventory in the store is amazing. I wanted to try on all the hats, but Roger knew exactly what he wanted and the salesman knew exactly where to find it. Within minutes we were walking out with a black fedora, a summer hat I insisted on and a really sturdy hat box. We were ready for the 175 mile drive to Green Lake, WI for a concert in the evening at the Thrasher opera House. 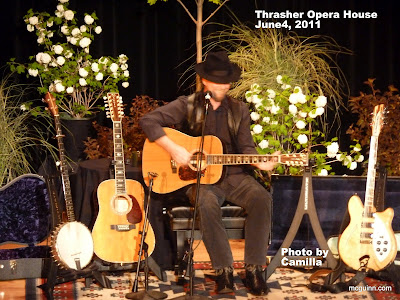 I do enjoy hearing the stories folks tell me at my “lemonade stand” aka the merchandise table. There were two particular stories in Green Lake that I fondly remember.

A very happy lady told me how reading this BLOG inspired her and her husband to take the weekend off and travel like Roger and Camilla. They were loving their adventure and were thrilled to have it topped off with a Roger McGuinn concert.

After the concert another lady approached me with a touch of desperation in her voice. Her husband told her that he had to have a hat like Roger’s. I was so excited to be able to tell her where to go in Chicago for that exact hat! Forgetting to pack the hat was no longer a major “oops.” Having an easy answer to her question made the hatless concert all worthwhile.

We were smiling during the drive home on the back roads of the pristine Wisconsin countryside.

When we got home, we didn’t take the hat from the van because we had just a few days before a drive to the Folly Theater in Kansas City, Missouri.

The route we chose to Kansas City was through Alabama instead of Interstate 75 through Nashville. Once we reached Missouri, the devastation of tornados made us feel like we were driving through a war zone. The pictures in the press just didn’t capture the extent of the horror that a tornado leaves behind. I will never hear the word tornado again without a shudder going through my bones.

We stayed in a very picturesque part of Kansas City. Sometimes, Courtyards are situated just in the right places. Our hotel choice is always predicated on the parking situation since our van needs an 8 foot vertical clearance. Everything we needed was in walking distance including a wonderful day of show meal at Fogo de Chao . It is a Brazilian steakhouse and since our concert year was going to end in South America, it seemed very fitting. 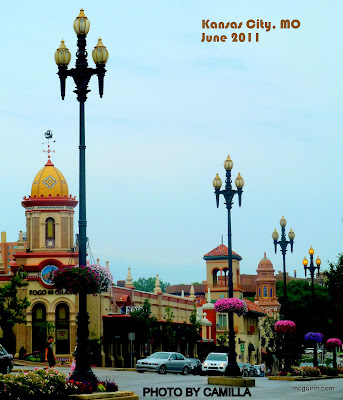 Tomorrow, I'll write about the drive west in July 2011. 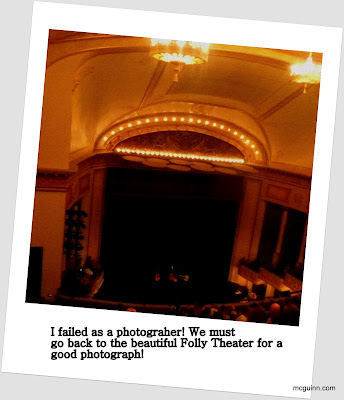