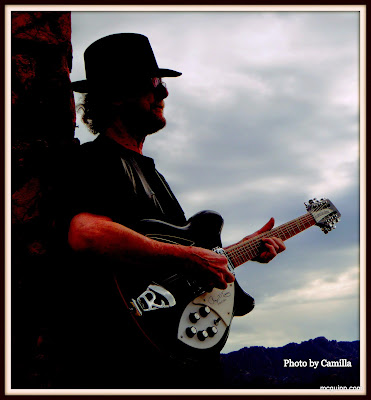 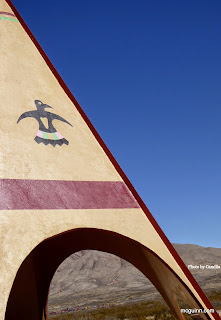 The first 2015 concert was a return to the beautiful Fox Theater in Tucson, AZ. It was a bit nostalgic because it was in this theater where we recorded the concert for Roger's mother's 102nd birthday. The ambiance of that night was so special that we decided to release the concert for Roger's fans to enjoy in the CD/DVD "Stories, Songs & Friends."
One of our favorite adventures is driving across country from Florida. Our 2005 Ford van had over 250 thousand miles and was still running beautifully until we stopped at the immigration check point on Interstate 10. I lowered the window to let the border patrol officer look inside and ask the usual questions. As I pulled away from the check point, I heard a loud clunk  and the driver's side window had plummeted deep inside the door. I pulled over and we managed to pull the window up with a pair of long needle nose pliers. Then we wedged a squeegee in the frame to keep it from falling back down again. 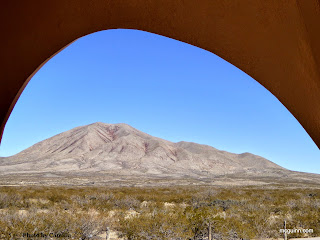 Roger immediately got on the internet in search of a Ford dealer. Bingo! Just thirty miles away and they said they could fix it that day. One of the great joys of owning a Ford is that there is a dealer in every town and they usually have the parts. They always wash our van after they have serviced it. We spent  a little over an hour in their waiting room enjoying the company of a couple in their 80s who were driving from Indiana. Roger helped the gentleman with his cell phone while their car was undergoing an oil change. It's always encouraging to see alert octogenarians driving on cross country adventures.
Our arrival in Tucson was just in time for Roger to have a guitar/ pizza party with his brother, son and grandsons. The next night the familiar stage of the Fox Theater rang in our 2015 year of touring.
We headed north on Valentine's Day for a concert in Gilbert, AZ. It turned out to be a reunion with several friends we had known from the time we lived in Morro Bay, Ca. The only problem with reunions at concerts is that there is little time to sit and visit. We begin our work on a concert at lunchtime and don't stop until we return to the hotel after the show.  But even a short time spent with old friends is a special moment in the evening. 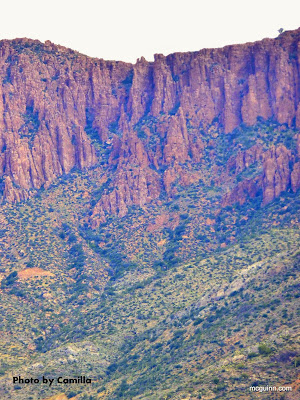 Our usual route for driving home is to take Interstate 10 back through Tucson, but this time we wanted to explore roads we'd never traveled. There is a road from Gilbert Arizona that connects to Interstate 10 and runs through a beautiful part of the Tonto National Forest. We were in awe of the miles of sky high rose-tinted buttes. It was a relaxing drive rolling down to old El Paso.
The Paramount Theater in Austin, Texas was the venue for the next concert but there was time to spend an evening in one of our favorite stops, Fredericksburg, Texas. This town was founded in 1846, named after Prince Frederick of Prussia. It is a German settled oasis in the heart of the Lone Star State. Another great thing about driving through Texas - the 85 mile an hour speed limit!
The Manship Theater is located in the vibrant downtown of Baton Rouge. It is not only a beautiful theater, it is a community oriented organization reaching out to the residents of the city with classes and events that relate to all age groups. This was the second time Roger had taken the stage in this amazing theater. 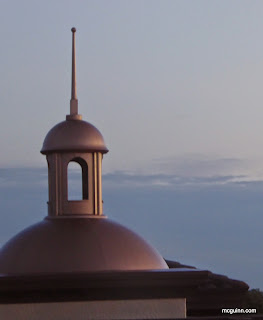 In March, Roger gave a lecture at Rollins College in the quintessential southern town of Winter Park, Florida. His lectures are entitled, "How My Love of Folk Music Took Me to the Rock'n' Roll Hall of Fame." The lecture was in the evening. The next morning he took part in a Q& A session and lunch with a few music students. Even though Winter Park isn't too far from our home, the early morning session was the reason we stayed at the new Alfond Inn. The Alfond is owned by Rollins College and it helps support their scholarship programs. It is a perfect hotel to stay in for walking the quaint streets of Winter Park.
We celebrated our 37th wedding anniversary on April 1 with a cozy dinner at home and a viewing of the 1939 movie" A Love Affair." The movie " An Affair to Remember" is a remake of this Charles Boyer/ Irene Dunn movie. We're still debating about which one we like the best. It is really hard to compare Cary Grant with anybody. He even said, "Everybody wants to to be Cary Grant.  Even I want to be Cary Grant."
Something interesting happened right after the lecture during our morning devotions. We decided to go to the website of Explorer Conversion Vans and send them an email to contact us. Within an hour Scott, the Explorer Florida sales representative called us. I told him we were thinking about the Ford Transit and we didn't really need a lot of bells and whistles. He said the demo he was driving sounded like the van for us and he would be passing by our house in two days.

Scott drove the silver Ford Transit  into our driveway on April 2. Roger test drove it for a couple of miles. Scott called the Ford dealer for a trade-in quote on our 2002 Ford van and we sealed the deal within in two hours. The van and paper work were delivered to us the Saturday before Easter. After 10 years of touring in the 2005 Van, we had a new set of wheels ! The 2005 E-250 van was relegated to being our new town car.

We couldn't wait to get back on the road. We loaded the 'Silver Bullet' on April 19. First stop- Beaufort, SC and shrimp grits at the Saltus River Grill. From there we cut up to Interstate 81 for a relaxing drive through the Springtime Dogwood Blossoms in every Southern town to the Martin Guitar Factory in Nazareth, PA. We love stopping at this factory even if we don't need  to refurbish some guitars.

The first performance of this tour was at Monmouth University. Roger gave a lecture on April 23 followed by a guitar jam. The sound of a bunch of guitars playing the Byrd's hits is always a memorable experience. The concert "An Evening With Roger McGuinn" was the next night. 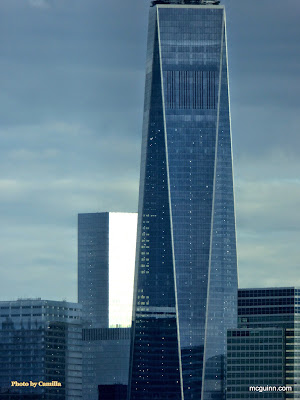 We were off and running. The Montclair, NJ sold out concert was on April 25. Then there was just enough time for an evening at our favorite hotel, The Sheraton Lincoln Harbor Hotel.

The view of Manhattan keeps us spell bound for hours. This time though we were a bit horrified. A new building was being constructed blocking of our view of the Empire State Building. The waiter in the restaurant expressed as much dismay as we did. He said it sprung up almost overnight. We're hoping it won't go all the way to the top. Maybe it will stop just where I photographed it!
As much fun as the respite was, we were chomping at the bit to get back in the new Transit. Fortunately we were headed to the Midwest for concerts in Valparaiso, Indiana; Elgin and Springfield  Illinois and Ann Arbor, Traverse City and Saginaw Michigan. On the way, our route was taking us past the Explorer Conversion Van Factory - yep we had to stop! We love seeing how things are made.
The Explorer facility is amazing. Our tour took a couple of hours because everything they install  in their conversion vans is made in their factory! It's a quiet location surrounded by corn fields in Warsaw, Indiana. I'm not sure what fascinated me more, though it was probably the wiring harness they make for all their vans and the seat covers they sew with leather imported from Europe. Roger had his cell phone camera rolling during the tour. Click here to see just a portion of this amazing American factory. Explorer Factory Tour
One more thing about the Ford Transit. IT IS the most amazing van I have ever driven! This is our sixth van, five of them Fords, but this EcoBoost engine has an incredible 300 horsepower and the van hugs curves like it is a sports car.... I have a 1987 5.0 liter Ford Mustang convertible.  If I wasn't happily employed, I would sell the Ford Transit Explorer Conversion Van!  For full disclosure- we own 100 shares of Ford stock and 3 Fords. Oh wait, we just bought another 100 shares of Ford!