We settled into studio B at the Summit Road Studios and began the daunting task of mixing and mastering the 100 songs for THE FOLK DEN PROJECT. We worked 10 hours a day, shoulder to shoulder, fine tuning the recordings. Roger had finished most of the re-recording of the songs that he felt needed it prior to leaving for the Washington State concert.

As I listened to the songs over and over I reflected on what brought Roger to this point in his life and why he has such a passion for preserving the songs we were compiling for this 4 CD box set.

In the winter of 1957, Jim's (Roger’s) music teacher at the Latin School of Chicago, Miss Ganter, invited her friend Bob Gibson to perform for her students. Jim attended out of duty but didn't expect much from another required school assembly. As he was clowning with his group of friends, his eye caught a glimpse of an instrument head stock poking through the door of the auditorium. It appeared to be a guitar and suddenly his interest was peaked. 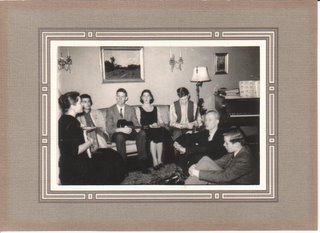 (Miss Ganter's music class at a student's home. Jim is third from the right.)


Bob Gibson strolled on stage not with a guitar, but with a 5-string long necked banjo. At this revelation, Jim wanted to find the nearest exit, but after only one song of intricate finger picking and a personal story about the song Jim's interest reawakened. He was amazed at the energy and sound that the Banjo created in the hands of an artist who believed in the instrument and the music. Bob finished his set of songs and left the building. Jim immediately found Miss Ganter and interrogated her about the music and style of Bob Gibson.

Miss Ganter told her student that it was folk music and if he was really interested in learning more about it, that a new school had just opened within walking distance of his house, called The Old Town School of Folk Music.

School was not Jim's favorite pastime so he wasn't sure he wanted to attend another school, besides he felt pretty confident about the guitar technique that he had already taught himself. He would buy 45 rpm records, slow them down to 33 rpm and learn the guitar parts by ear.

Now the sound of Gibson's banjo kept ringing in his ears, so the following Saturday he braved the cold Chicago winter winds and walked up to 333 West North Avenue from his home on East Division Street. The School was on the third floor of an old brick building. He climbed the stairs and was greeted by Dawn Greening who introduced him to Win Stracke and Frank Hamilton. Frank asked him if he knew the circle of chords. Jim had no idea what he was talking about but when Frank proceeded to quickly demonstrate an incredible chain of barre chords, Jim realized that he had a lot to learn about the guitar and immediately signed up for classes.

Frank tested Jim's guitar technique and assigned him to the intermediate class. The walls of the classroom were covered with posters with the names of famous guitar players and tablatures showing their individual picking style. He diligently mastered one style every week and was soon moved to the advance guitar class. He also started playing guitar and singing in a trio called “The Frets,” with Johnny Carbo on banjo and Louis MacDonald on congas, at the Café Oblique. 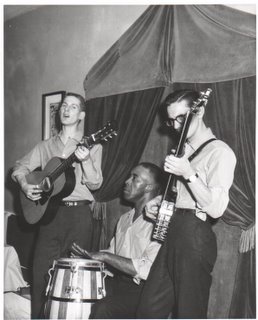 The strong impact of Bob Gibson's banjo playing was the impetus for Jim to learn the intricacies of the five-string banjo. He didn't have a banjo, so he strung one of his guitars with five strings, put a nail in the neck at the seventh fret and tucked the fifth string under it. He saved his money to buy a Vega long-neck "Pete Seeger Model" banjo. It was Jim's banjo picking technique that would later transform the sound of a Rickenbacker electric 12-string guitar into what would become known as the 'jingle-jangle" sound of the Byrds.

Jim started working as a solo performer at local coffeehouses. Every night after his gig he would head down to Albert Grossman's Gate of Horn, one of the first Folk/Jazz nightclubs in the country. Even though Jim was under the legal drinking age, he managed to get in the door. In 1997 Ella Jenkins told me at a live recording of songs for the Harry Smith Connection on Smithsonian Folkways Records, that she used to tell the bartender, "Let the boy in, he just wants to hear the music." High school was secondary in his life, even to the point of being kicked out of study hall for playing his banjo. Folk Music had become his passion.

One night after his Café Roué gig, he made his usual pilgrimage down the cold windy sidewalks of Rush Street to the Gate of Horn. He entered the bar room and heard the sounds of a jam session going on. It was the Limeliters, Theo Bikel, and some of the regulars. Alex Hassilev, of the Limeliters, looked at the skinny kid holding two instrument cases and told him, "We have enough guitars. Break out your banjo." Jim was in heaven as he played all night with the famous folk singers. Around 4:30am, Alex invited him to audition for them the next day for the position of accompanist and gave him an album. True to Jim's modus operandi, he hurried home and listened to the songs on his record player. At sunrise he was confident he knew them and tried to get some rest before the 1pm audition.

The next day he went to Mr. Kelly's, a Chicago landmark nightclub where the Limeliters were performing, for the audition. Alex liked what he heard and told him the job was his. He asked, "When can you start?" It was then that Jim sheepishly admitted that he had to graduate from high school first. 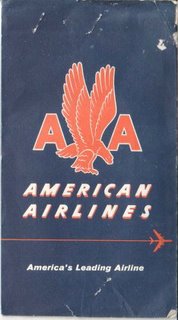 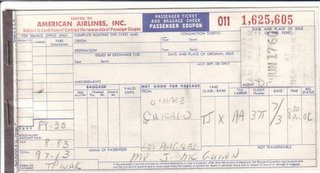 On July 3, 1960, ten days before his 18th birthday, Jim McGuinn boarded an airplane bound for Los Angeles with a ticket the Limeliters had sent him. At the American Airlines ticket counter, he had checked in his Martin 00-21 6-string guitar, his Pete Seeger long-neck banjo and two suitcases filled with his important belongings, half of which were gadgets. Ken Kragen, the Limeliters' manager, picked him up at LAX in a red convertible with the top down and drove him to the Park Sunset hotel on the Sunset Strip. During the drive to the hotel, the warm California night air whipping around his face, the summer scent of the orange trees and the freedom of being on the road captured his heart so much that he knew he would never return to Chicago to live again. His passion and his diligence to learn his craft had opened the doors he had dreamed of walking through, on that day just a year before, when he was kicked out of a study hall in high school for practicing his banjo. 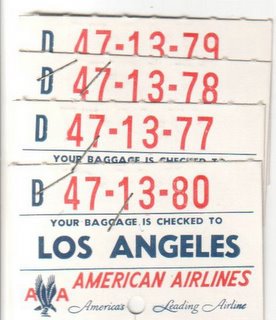 45 years later, I was honored to be sitting and working by his side on this preservation project of the music that mapped the journey of his life.

The intensity of work was lifted every night when we joined Linda and Don DeBey for the evening meal. We didn't want to impose on them, but they always made us feel welcome. The four of us had so much in common. They had met while playing in a band and it is their love of music that had brought them to build the state of the art, Summit Road Studios.

The last night before Roger's Denver concert, Linda and Don made a Thanksgiving style dinner and included Kristy and Ed Edwards, the couple who brought us all together. Roger still had one song he wanted to re-record so after dinner he asked them all to join him in the studio to record "This Train" for the FOLK DEN PROJECT.

We left Linda and Don and the Summit Road Studios on September 25 and headed to Pennsylvania and New York for two more concerts. We listened to all 100 songs while driving the roads of America and watching the seasons change from Summer to Fall. My favorite songs kept changing the more I listened.

THE FOLK DEN PROJECT was almost finished. The 40-page booklet had been sent to press while we were mixing. In order to officially release the Project on the 10th anniversary of the FOLK DEN we had an October 11th deadline to send the master recordings in for pressing. Roger felt that the Old Town School of Folk Music should be the place for the release concert - the place where he developed a love for folk music- so Skyline Music booked the theater in the school for November 27th. Our deadlines were all met.

Update: The Folk Den Project is now finished and is available HERE: