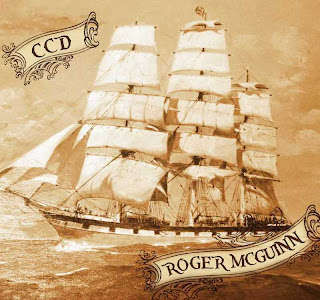 From the window of my office, I felt my face light up with anticipation as I studied the UPS delivery man unloading the boxes of CDs. The “CCD,” Roger’s moniker for the 23 songs of the sea CD, is ready to go to mcguinn.com, CDBaby.com and maybe Amazon.com. Roger has autographed the first copies which will be sold at the Beverly Arts Center in Chicago on June 3, 2011.

Creating the packaging for a CD project is as much fun as the recording. The sea songs recorded for this package reflect the golden age of sail, when wooden ships commanded the waves. History is often missed while singing lyrics to a beat, so we added a bit of historical research to the 8-panel package. All the photos are memories of our travels except the cover. It is the Argonaut, the painting hanging over Roger’s studio desk. The other five photos: 1) Roger looking out a window in Denmark during lunch on a cloudy day, 2) a sailing ship at the museum on the wharf in San Francisco, 3) the ocean swells taken from the Crystal Symphony balcony, 4) a sunset taken on the Crystal Serenity, and 5) a sailing ship’s mast photographed during the spring adventures I’m now writing about. 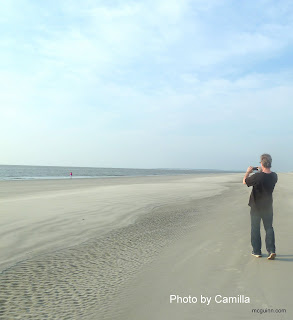 Getting on the road for a tour is always the most stressful part of touring. We have learned to leave the house under the watchful eyes of some very special people in the late afternoon, prior to the first day we need to drive at least 400 miles. If we leave the house by 1pm, we are usually somewhere wonderful by dinner. 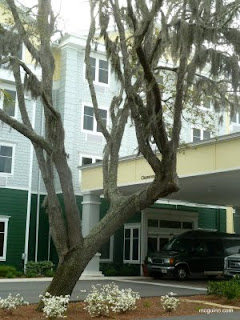 Beautiful Jekyll Island, Georgia has become a favorite first stop. The sandy white beaches, the pristine park environment graced with the unusual modern Hampton Inn which will drive its guest to the local restaurants, beckons us to stay almost every trip when the route begins on Interstate 95.

It isn’t wise for us to drive the van north of Interstate 40 during the months of cold snowy storms. We celebrated our 33rd wedding anniversary with the first 2011 concert on April 1st in Vienna Virginia. The weather was warm when we left Florida. I forgot to pack a coat. The cold Virginia air didn’t let me forget about my absent mindedness. Roger assured me there would be a coat for me in a nearby store. What we didn’t count on was the stores were ready for a new season. Summer clothes were hanging on the racks where coats had once spent the winter. It was in the boy’s department of a sporting goods store where I found a hoodie warm enough to keep the chill away.

Monmouth University’s invitation to perform a concert followed by a lecture on a separate day always delights us, it‘s a favorite stop! After the lecture, the students join Roger playing “Mr. Tambourine Man” along with a few other BYRDS hits. Their intense excitement is a real treat to watch. 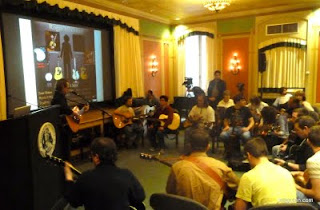 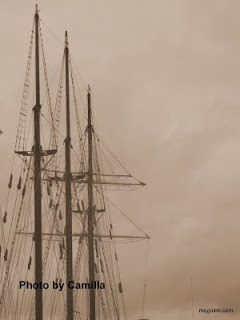 With four days before the next concert in Natick, Massachusetts, we meandered our way up Interstate 95 until we came to Mystic, Connecticut. After an early dinner, I captured the last photo I needed for “CCD.” Sailing ships docked a short distance from the restaurant were the perfect images to grace the back cover. 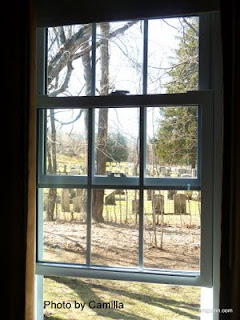 Temperature was rising under the bright blue sky during the drive to Williamstown, Massachusetts for a concert at the lovely Sterling Francine Clark Art Institute.
The beautiful college town, surrounded by Berkshire County, can only be reached by scenic country roads. An owner of our lodging, a Swedish Sea Captain’s wife, voiced her great pleasure when she heard “Mr. Tambourine Man” was staying at their Inn. We even got a room with a view.


We quickly navigated home to Florida from Williamstown. The recording, along with the packaging design of “CCD,” required a few more tweaks. After several very productive days, our wheels hit the road again up Interstate 95 to Old Saybrook, Connecticut but our timing was a bit off. The Easter holiday traffic snarls tortured me into gripping the steering wheel all the way from New York City’s George Washington Bridge to Saybrook. All the tension immediately left me the moment we walked into the lovely Saybrook Point Inn & Spa. 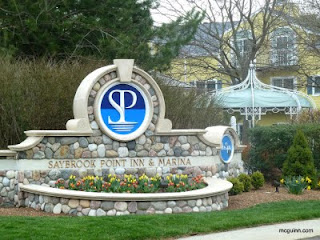 The Katherine Hepburn Cultural Arts Center is wondrous, much like the actress herself. Miss Hepburn made Old Saybrook her home. The theater is a fitting tribute to one of our favorite thespians. Before the evening finished, I was emailing Andrea, Roger’s agent, requesting her to please book Roger here again with time for us to explore the picturesque town of Old Saybrook.

A few years ago a gentleman emailed asking if he could produce a DVD about Roger. Audience members often want to buy a recording of Roger’s concert stories. The opportunity for filming an evening of song and stories was just what we needed. The filming of a concert is now in the can or if you’re being technical, on several hard drives. We just need to finish the editing. Beverly, Massachusetts, the home of Paul Erickson the DVD producer, is on the way to Rockport, Massachusettes the town of our next concert. Paul, with Al Mercuro, has been very diligent arranging interviews with some fascinating people. It was a touching, yet humbling experience watching those interviews for the first time. Hopefully the DVD will be ready by the end of this year. 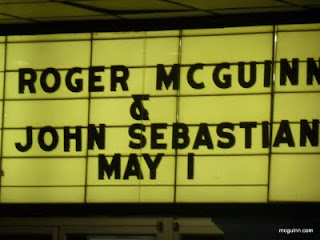 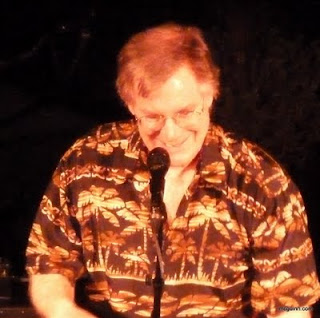 May Day at the newly restored Oneonta Theater in New York, sharing the marquis and stage with John Sebastian was a great way to begin the month. Roger and John have been friends since the early 60s in Greenwich Village. Back in the 60s everyone was in awe of John because he grew up in the Village. Just added to his cool! 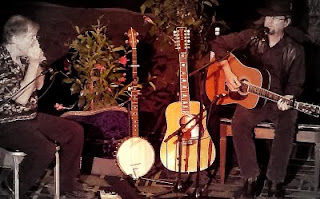 In 2006, Jim Dickson, the original BYRDS manager, sent me a note asking me if I would write about some of his history for the McGuinn BLOG. My knees wobbled just thinking about writing Jim’s memoirs, the Byrds’ godfather. I barely knew Jim but as the writing progressed with email notes from him, I met a new friend. On May 3, Roger’s son Patrick, who is also the stepson of Jim’s former business partner, the late Eddie Tickner, told us Jim had passed away quietly in his apartment in California. In his lifetime, Jim’s ear for music influenced many, including the five young musicians he guided into musical history. His legacy will live on and on. Jim’s story is written in Roadie Reports 14, 15 and 39.

Traveling to Woodbridge, New Jersey; Bethel, New York and Ramapo College were stops on the tour before we headed to Hopkins, Minnesota followed by Iowa City, Iowa. Historical theaters are Roger’s favorite venues to sing his songs and tell the stories about his ‘back pages.’ 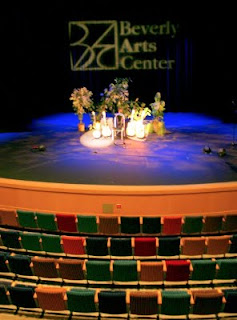 After the Memorial Day Holiday, we will pack the van with copies of “CCD,” four instruments and maybe even a coat. Our journey’s first stop will be south side of Chicago, the part of town where Roger purchased his first 12-string acoustic guitar. The name Rickenbacker was unknown to him back then.