The sounds of Roger singing and playing guitar are gently reaching my ears as I sit down at the desk in my office. I promised him that I would begin work on the BLOG this Saturday morning. After all I finally finished all the tax paperwork, planted vegetables and painted a wall. I have no more excuses. Now it was time to get to work. I don't really consider writing the BLOG as work, but there is a moment of sheer terror when I open the Word program and  wonder if I can think of any words to type and if I do, will I write them properly. English grammar was not my best subject. I think I excelled in recess. Roger has been asking me for weeks when was I going to finish writing about our European tour. He likes reading the BLOG  because it reminds him of our sweet memories. 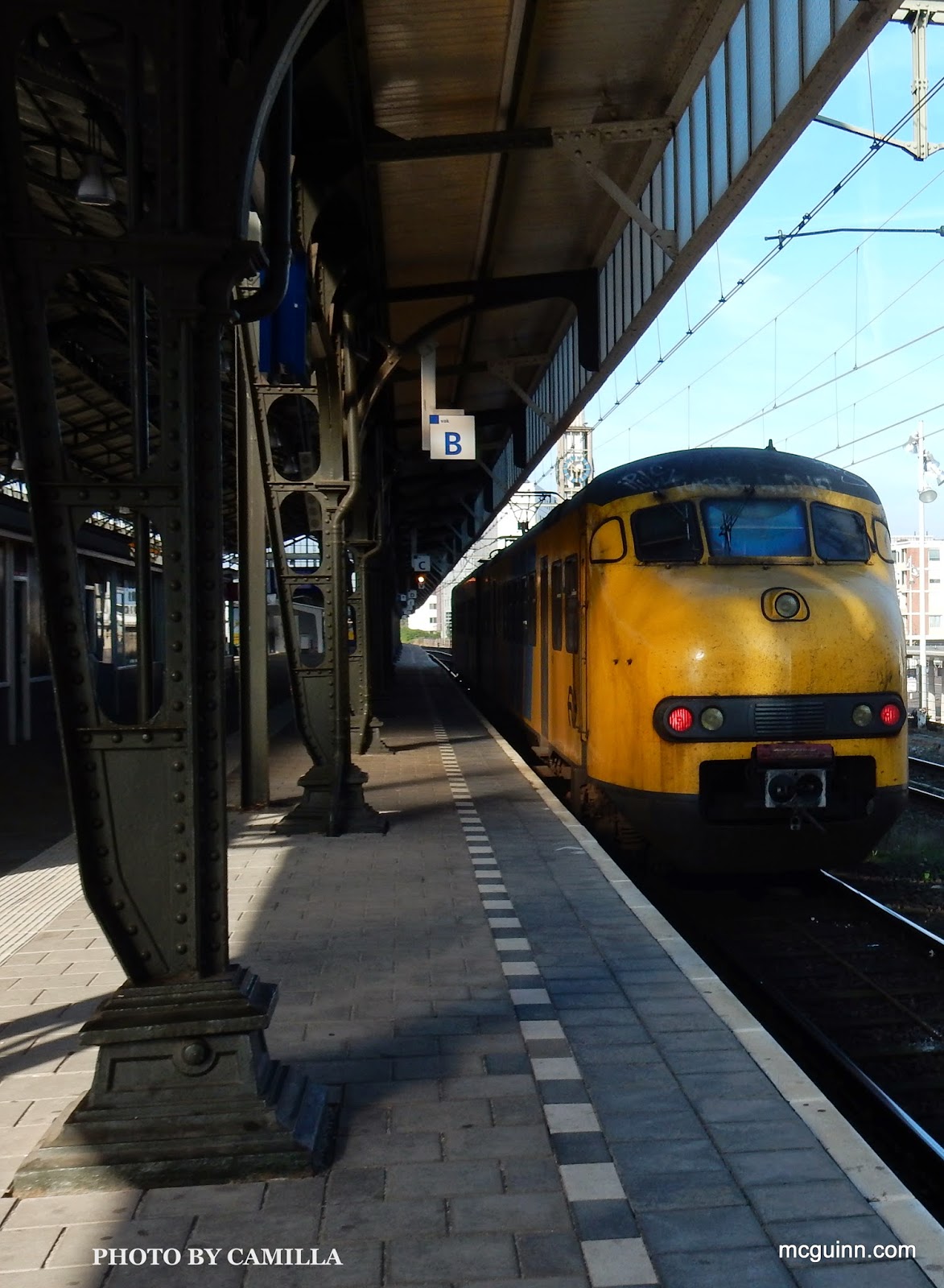 I was curious as to how many trains we boarded during our 17 week concert tour and was shocked to count 54 different trains. Those Eurail  and Britrail passes definitely paid off.  Too bad there isn't a hotel pass somewhere. We checked into 61 hotels. After I had established our itinerary, booked our hotels and studied train schedules, I knew that the best way to approach the journey was one day at a time. Everyday held a new adventure but I have to admit that during the last two weeks, I felt like I was climbing Mt. Kilimanjaro. One step at a time became the  focus that would take us back to Southampton and the respite awaiting us on the elegant Queen Mary 2 even though Roger was giving lectures on board. But before we began the voyage home, there were some beautiful cities and wonderful concert audiences to experience.

After the concerts in Germany, we boarded the Eurostar for the second time on this trip for four concerts in England. Roger had performed at all the theaters on previous tours. It was like coming home to Bristol, London, Leeds and Newcastle and the sun was shining in every city.

The day after the Newcastle concert, we had to catch a train to London, navigate the busy streets of London to change train stations, then catch the Eurostar again, this time to Brussels. We arrived in Brussels just in time to get a late night sleep. On October 1, we caught  the train to Eindhoven for the first of 13 concerts in the Netherlands.
Remco, the tour manager from MOJO concerts, picked us up at our hotel. We had worked with him two years earlier and were thrilled when he told us that Kurt was our sound engineer again. This professional crew made our concerts stress free and fun.

The next train was to Enschede, then to Haarlem for a concert and four nights in the same hotel, The Carlton Square. The city of Harlem is perfect for walking. There is one historical museum that I have always wanted to see and this was our chance. The home of Corrie Ten Boom with a hiding place in the house that saved lives.
The Ten Boom family were Christians who hid a group of Jews during the Nazi occupation. In their house a fake wall was constructed for a small room where the Jews hid while the Ten Boom family was taken to prison. Corrie was the only family member who survived the Nazi concentration camps.  She wrote a book about those times called, ":The Hiding Place ."The tours are small and free.
I asked several people in the Netherlands if they had been to the house, but few people knew about it. Everyone knew about Ann Frank's house in Amsterdam. I didn't understand why this home was so unknown until a friend mentioned to Roger that the Ten Boom story is known as a Christian story, not as a holocaust survivor story. Same war, same God, same Jewish people, same prison.
Exploring the streets and crossing the canals in Haarlem were the quiet moments we embraced. The old buildings, the restaurants and the small hotel  became very familiar by the time we caught the train for the next concert in Tilburg.

We traveled by train to most of the cities, but Holland is a small country so we decided to base out of Amsterdam for some of the shows with Remco driving us.

Once again I found a flat to rent for five days in a very fun area of Amsterdam, just blocks from the Rijksmuseum.

On the way to the museum we walked along a street that was better than Rodeo Drive in Beverly Hills. There was even a Tesla showroom.
But true to our habits, our shopping was done in the closest grocery store. Our flat had such a beautiful garden we saw no reason to look for a window table in a restaurant. 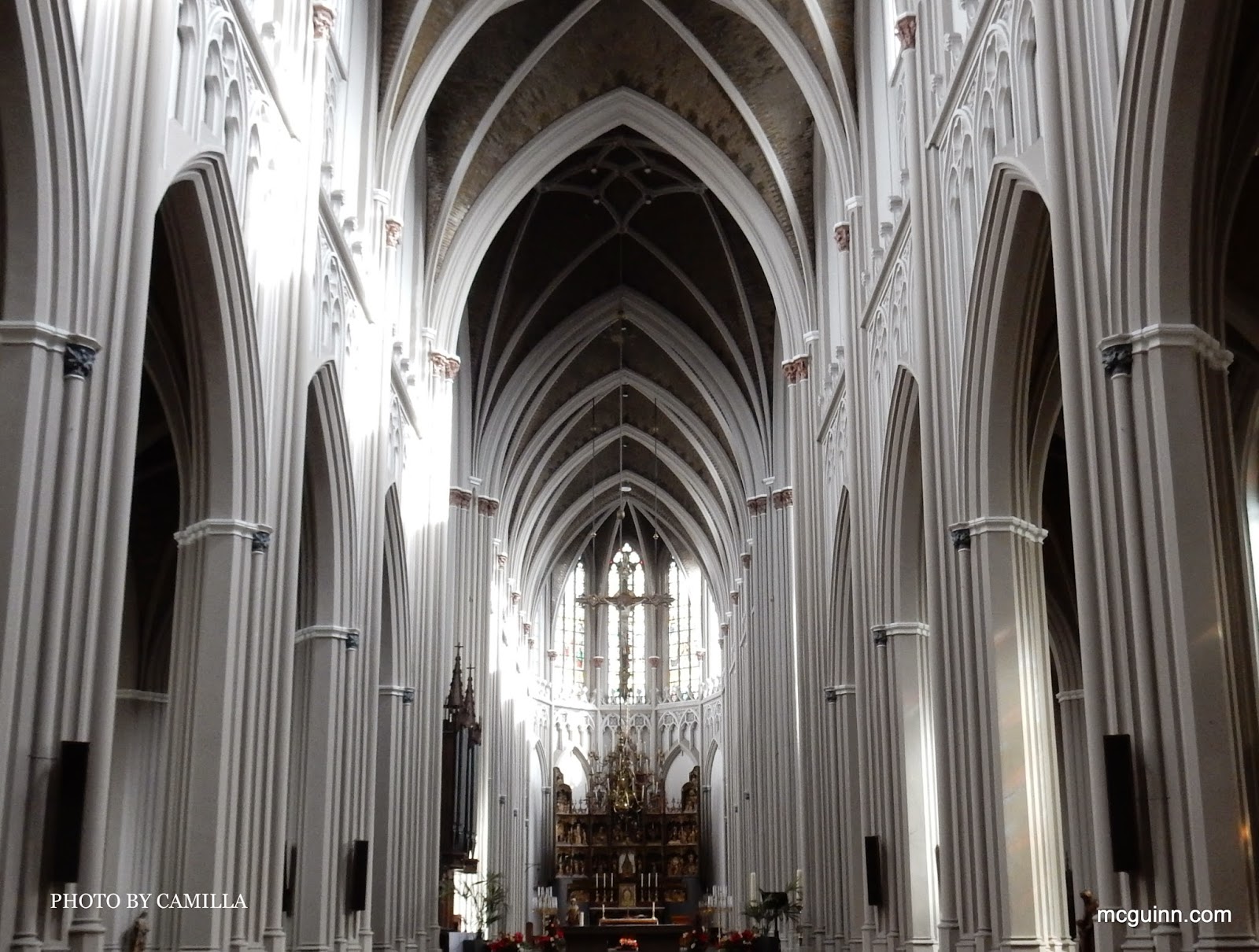 Every city in Holland has a wealth of history and of course a beautiful church.  The canals, windmills and countryside are impressive but it is the bicycles that kept amazing us. The streets have big bike paths and we were in more danger of being hit by a bicycle than we were by cars or buses. Everyone rides, little toddlers to grandmothers. The train stations even have double-decker bike garages.

Before the concerts, I'm in the lobby at what Roger calls my "lemonade stand." I have Roger's autographed CDs and posters available for his fans. The main reason I like to be there is that folks tell me their stories about Roger and how his music touched their lives. After the concert in Hoorn, several men were excited to tell me that the sea chantey Roger talked and sang about, "Randy, Dandy O," made reference to Cape Horn. Cape Horn was named by the sailors from Hoorn in Holland.

Before the end of the Holland concerts, we made one trip to the city of Bruges, Belgium and the beautiful theater that was built as a replica of the Paris Opera House. After a while, the word beautiful seems so overdone, but there is really no other way to describe some of the lovely cities of Europe. We had one day off to explore the historical part  Bruges, then it was back on the train for our last concert in Holland in the city of Nijmegen.

We boarded the Eurostar for the fourth time during this tour on October 30. By now, finding our seats on the Chunnel Train was as easy as navigating Amtrak  and the St. Pancras Renaissance Hotel was feeling like a second home.

November 1st was the beginning of the last leg of our concert tour. Concerts were scheduled in Milton  Keynes, Birmingham, Cardiff, Brighton, Manchester, Liverpool, Nottingham and Cheltenham.  This was when I began feeling like I was climbing Mt. Kilimanjaro. Words spoken can have an impact, so I didn't tell Roger  I was becoming weary. Each concert requires a lot of energy from both of us and any cloud can drain energy that is needed for a fresh performance. Once Roger walks on stage, my energy soars until the last encore.

Our train trips through England were filled with the same excitement that we felt when we embarked on our  first train journey in the United Kingdom many years ago. Seeing familiar cities, theaters and friends in the unusually warm sunny weather brought us to laughter when we told everyone that the warm sunshine would go away when we boarded the Queen Mary 2 on November 12.

After the last concert in Cheltenham, Tilo, our English tour manager, drove us to Southampton. The sight of the majestic ocean liner almost brought tears to my eyes. The journey was almost over. I was relieved in a way, but sad with a sense of awe. Did we really do it? Did we haul guitars up the steps to 54 trains and into 61 hotels. And the age old question every performer thinks when the run is over, "Will we ever work again?"


Yep! We did. We just got back from driving to concerts in Arizona, Texas and Louisiana. I hear we're going to Japan and Hawaii this year. There will be more sweet memories coming! 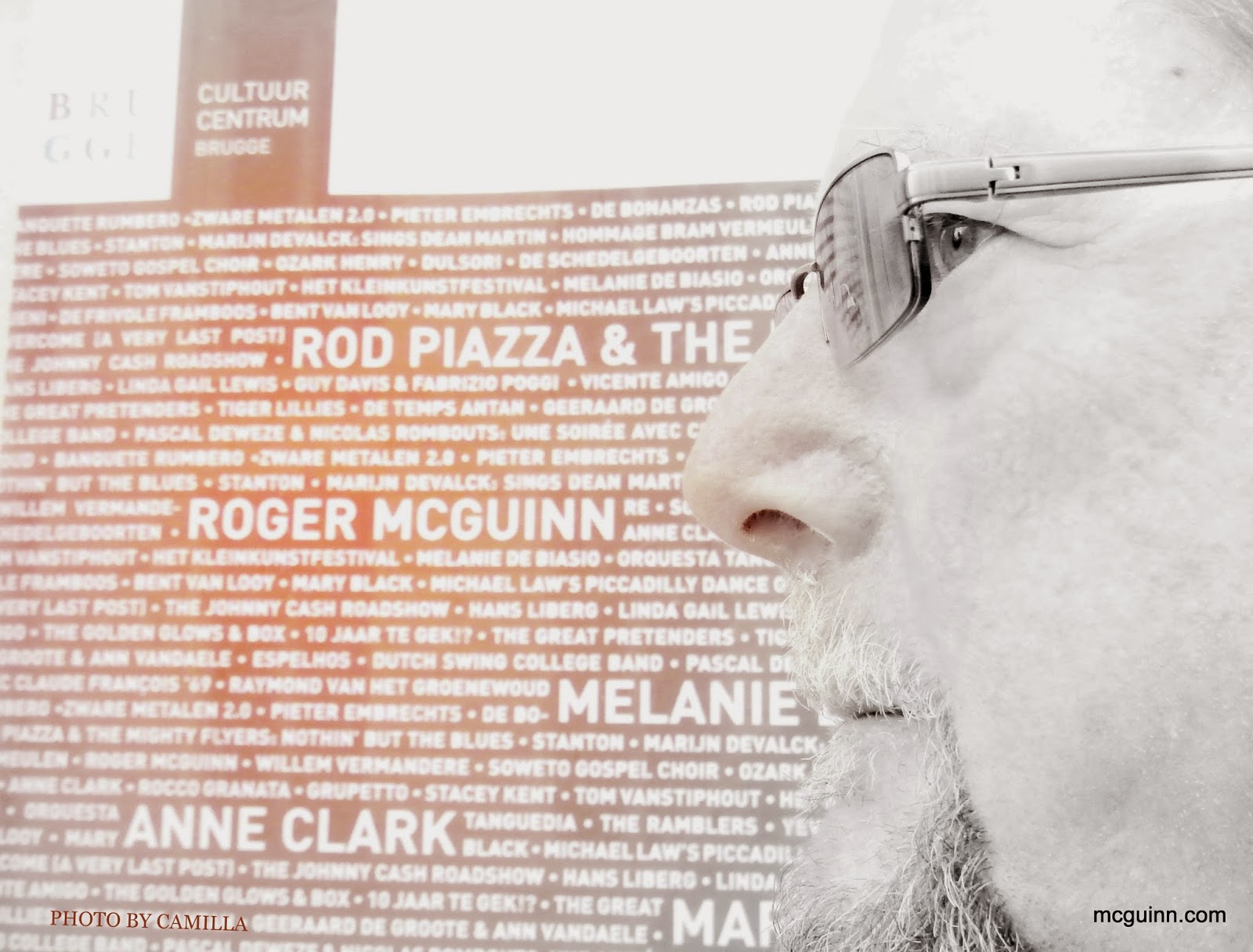