We quietly launched THE FOLK DEN PROJECT in November. Roger had a concert in Erie, Pa and the first person to buy the box set was a fan who had traveled over 100 miles to see Roger perform. He walked into the lobby of the Mercyhurst College Theater while I was still in the process of arranging my “lemonade stand.” He had read about THE FOLK DEN PROJECT on mcguinn.com and was thrilled that we had autographed copies available. I usually don’t pose for pictures, but he was the first person to buy the new 4 CD set from me, so I was just as excited as he was and happily smiled for his camera. 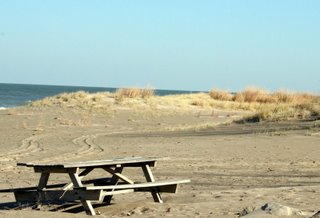 The day after the concert, we drove around Erie and visited the Presque Isle State Park. Then we drove to Ohio to spend Thanksgiving Day with a reunion of dear friends at Farm Niente. For years we had a hosted a three-day Thanksgiving celebration at our home in Orlando, but a few years ago, we stopped for awhile. I found myself spending most of the year thinking about the details of the celebration and realized that I needed to take a break. Our friends, Linda and Bill, decided it was time to bring us all back together again and opened their wonderful log cabin to the gathering of the friends. The three days with these folks filled our hearts and renewed our spirits with the special feeling that only dear ones can bring.

After Thanksgiving, Roger and I headed to Chicago for what we were calling the official release of THE FOLK DEN PROJECT. We had already released it to the fans of mcguinn.com, the concert in Erie, Pa and to all our friends at Farm Niente. We didn’t even do the publicity thing that traditional record labels do, we just said, “Here it is.” We did feel that to be able to say this special project was officially released at the alma mater of Roger’s education in the folk tradition sounded a tolling of the bells that justified pursuing the concert date in Chicago.

I spent the rest of the holiday season sending out THE PROJECT to press and radio. We realized that 100 folk songs might not sound too interesting to people, so we were very selective as to whom the copies were sent. One of the recipients was a DJ and long time friend, Pete Fornatelle.

Pete had been a DJ on WNEW at the time when DJs, not computers and corporations, spoke to the hearts of radio listeners. His show “Mixed Bag” was started when Roger came to his studio with a guitar and played songs live on the air. Every year when Roger would have a concert within radio range of New York City, Pete would invite Roger to his show for “The Annual Roger McGuinn Update” and all the concerts would sell out within the hour.
Those days of radio have changed, but Pete is still doing what he loves. He now has Mixed Bag, his show on XM Radio (The Loft - Channel 50) and a show on WFUV FM radio in New York.

When Pete listened to THE FOLK DEN PROJECT, he called me and said that he wanted the world to hear it and would get back to me. A few days later he called and told me about a group of people who were desperately trying to keep a platform for performing musicians available to people. They weren’t professional promoters, just lovers of music. Pete asked if we would help them pursue their dreams with a benefit concert that would promote them and THE FOLK DEN PROJECT. The concert was scheduled in a beautiful church in Montclair, NJ and quickly sold out. The night of the concert, after Roger finished singing “So You Want to Be A Rock and Roll Star”, Pete joined him on stage for the taping of “The Annual Roger McGuinn Update,” which was later played on Pete’s radio shows. The warmth and encouragement of the audience was a major part of that lovely evening.

On our way home from New Jersey, we stopped at Martin guitar in Nazareth, Pa for a meeting with Dick Boak. The Roger McGuinn 7-String guitar was a delight to guitar players, but the dealers were begging for one that everyone could afford. We sat down with Dick and designed a guitar that had all the wonderful attributes of the HD 7 but not all the delicate craftsmanship that raised the cost. We were very excited about the design specs that the three of us worked on and are anxiously awaiting the new D7. The beautiful HD 7 with inlaid mother of pearl will still be available, but now there will be a Roger McGuinn D7 that will fit the wallets of those wonderful musicians who want the joy of playing that double “G” string, without the high cost.

As we were leaving the Martin guitar factory, we met a couple in the lobby who had been at the concert the night before in Montclair. They said the whole town was buzzing about the concert and they had a hard time grasping that they were now talking to Roger face to face. We were all blessed by the serendipity of that chance encounter.

The next few months were spent promoting THE FOLK DEN PROJECT and planning for the tour we are now on. The Wall Street Journal, Rolling Stone, some wonderful local newspapers and magazines from Europe all gave THE PROJECT favorable reviews. It was a labor of love and to have a folk collection to even be honored with reviews in major publications has been very humbling and exciting. 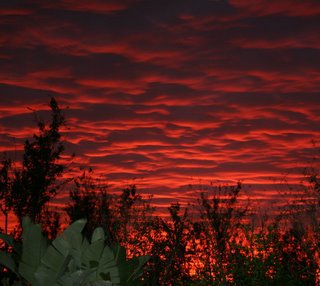 I’m sitting in a hotel in San Francisco listening to jazz. People have emailed and asked when I was going to post another “Roadie Report.” When I am at home I wear a different hat. There is a roof to fix, a courtyard to remodel, taxes to do, roses to plant and garden sunsets to contemplate. I’m not a roadie until the wheels start turning. Since we’re now on the road, I will be writing more about Roger’s memories of his life on the road and some memories from Jim Dickson, the man who guided 4 earnest musicians and a good looking conga player to the top of the pop charts.