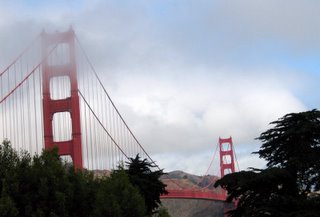 The stay at the King Estates Vineyard was a delightful respite before our San Francisco engagements. After the Moses Lake concert, it would have been nice to have driven back to Florida and to finish the work on "THE FOLK DEN PROJECT" but Roger had three commitments in San Francisco and all of which were very close to his heart.

Roger's first appearance was on the ground breaking POD cast of "This Week In Tech" aka "TWIT." They were podcasting from the Apple Computer store in San Francisco. TWIT was formed by the staff of the old "Tech TV," a great television network that was bought by Comcast Cable and subsequently ruined. The people who watched Tech TV were very much like Apple Computer fans, deeply devoted. Roger was one of those deeply devoted fans. When it was bought and turned into "G4," a network solely about computer games, a myriad of techies felt betrayed and abandoned. The G4 "suits" didn't realize that the success of Tech TV was based on the commitment and pioneering spirit of the people who hosted the shows. Leo Leporte and Kevin Rose didn't go along with the corporate plan. Leo was fired and Kevin jumped ship. They began their own shows on the Internet, podcasts and IP-TV. Their audience followed them. Kevin's quest for integrity paid off. Podcastingnews.com reported "Kevin Rose gets 2.8 million dollars in venture capital for his online projects." Kevin uses that money to buy the servers and the bandwidth necessary to keep the projects in cyberspace.

While we were driving to Washington, Roger learned of the podcast and emailed Leo. Leo invited Roger to join them at the Apple store and we were excited to hear that John C. Dvorak, author, columnist, editor and casualty of Tech TV (http://dvorak.org/blog/) would also be on the show. We had met John years ago while doing promotion for the "Forrest Gump" CD-ROM and had become good friends.

Roger's fascination with technology began when he was toddler in Chicago. His grandfather would take him to the Museum of Science and Industry in Jackson Park. Louis Heyn, Dorothy's father, was an engineer who took immense pleasure in teaching Little Jimmy the mysteries of science. The museum was a wonderful place, full of airplanes, steam locomotives and glimpses into the future. 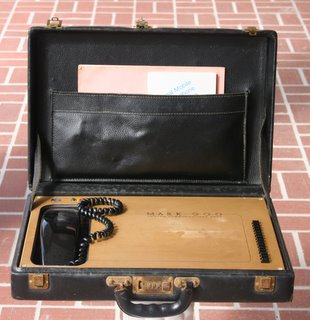 Jimmy's favorite exhibit was a mobile telephone scenario by Bell Telephone. When a button was pushed, a huge map display of a rural community would light up the roads with blinking lights. The deep voice coming from the speakers would begin telling the story of Doctor Morgan, MD and an emergency that was called into his office. Since the doctor was out of the office making house calls, the nurse had to call him on his mobile phone. The little lights on the display begin radiating out to his car like radio waves. The doctor answered his mobile phone and was able to get to the emergency in five minutes. He saved a life thanks to a new technological marvel called the Mobile Telephone. It was a great fantasy for the future and Jimmy loved it. His grandfather instilled in him a fascination with gadgets and with the way things work.

The second appointment we had in San Francisco was an interview with KFOG radio. It is one the few radio stations still left that isn't being programmed by a strange computer somewhere and puppeteers in suits pulling the strings. Hopefully a recent change in ownership won't change the heart of the station.

In the spring of 1956, Jimmy was excited about a new gadget he had received from his grandfather for Christmas, a Regency TR-1 transistor radio. He would put it in his pocket, turn it up loud and ride his bicycle. His mother had told him not to ride his bike on the streets, so he obeyed the letter of her command and stayed off the streets. The Outer Drive was not technically a street, it was a busy highway! Consequently he spent many happy hours on the Outer Drive dodging the traffic on his bike. 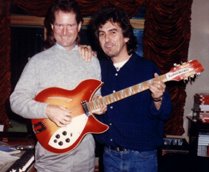 (1987 Roger & George with the RIC that started the FOLK ROCK sound. Photo by Camilla)

It was during one of those happy hours that he first heard the sounds of Elvis Presley singing "Heartbreak Hotel" coming in over the radio waves to his transistor radio. It was that sound that put Jimmy on the pathway of his life. He begged for a guitar for his 14th birthday and was given a Harmony 6-string. He searched the airwaves and record stores for more of that rock-a-billy sound and found a record by Gene Vincent. The first guitar lick, which he taught himself by listening to a record, was the lead break from the flip side of the single "Be Bop A Lula", a song called "Woman Love." Years later when he and George Harrison were comparing their adventures in music, they realized that the first thing they had both learned on the guitar was the "Woman Love" guitar break and they learned it at the same time.

In 1964, the BYRDS went to see "A Hard Days Night." Roger saw George playing a red 12-string Rickenbacker and decided trade in his acoustic 12-string for a Rickenbacker 12-string. 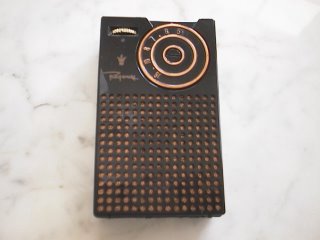 Roger now has a collection of transistor radios that he has acquired over the years while touring. Some were gifts from friends and fans. You can view the collection at http://www.ibiblio.org/jimmy/Radio/Radios/

Our third commitment was to the Glaucoma Research Foundation. http://www.glaucoma.org/living/
Six years ago during a routine eye examine, Roger was diagnosed with glaucoma. This is an insidious affliction. There are no symptoms and if it is not detected, you will go blind and there is no cure. The progression of the blindness can be stopped and there is research being done to find a cure. Roger was a keynote speaker for the Catalyst For A Cure campaign. His personal experience emphasized the need for testing and the need for research for a cure. Time is of the essence in glaucoma research. While everyone, from infants to seniors, is at risk, those past the age of 40 are most vulnerable. With an aging population, we are on the verge of an epidemic of blindness. Further, glaucoma is the leading cause of blindness in African-American and Hispanic/Latino populations – striking at an earlier age, and proceeding more quickly. There isn't a moment to lose. If you have any questions about Glaucoma, call (800) 826-6693.

After the fund-raiser, we were faced with a dilemma. Hurricane Katrina made us rethink our plans for going home to work on "THE FOLK DEN PROJECT." We didn't want to tax the infrastructures of the southern states by driving through their towns and highways, so we decided to stay in the west until Roger's concert in Denver on September 24.

We had all the equipment and the songs for "THE FOLK DEN PROJECT" but we needed a good sound system in order to finish the mixing and mastering. I emailed friends in Denver who had a studio, but Kristy emailed back and said that Ed had sold his studio. She invited us to use the studio where Ed was now producing his projects and to even stay in the owner's house. We were a little nervous about invading someone's home for over a week, but she assured us that we were welcome. We slowly and prayerfully drove to Denver.

(On the way to Colorado. Photo by Camilla)

When we arrived in Parker Colorado at Summit Road Studios and the home of Don and Linda DeBey, it took us only a few moments to recognize that this generous couple were about to become very special friends. 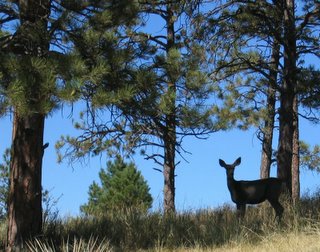