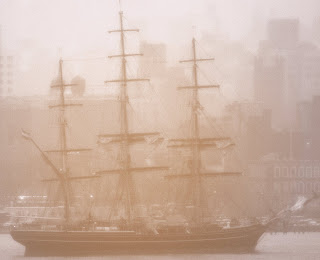 
Thirty years have passed and we have hardly noticed. Our life together has been filled with love, some hot water, some cold water, a wee bit of tepid water and a whole bunch of adventures. We were packing again for another adventure. Another opportunity to share music and stories. In between concerts we were going to celebrate our 30th anniversary of togetherness. 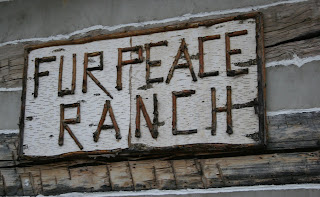 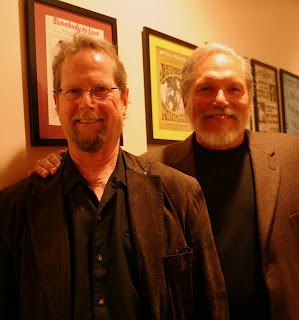 We stopped in at Jorma Kaukonen’s “Fur Peace Ranch.” Jorma and his wife, Vanessa, founded the ranch in 1988 as a school of guitar and music. They also built an intimate concert venue at this outpost located in the rolling hills of Ohio. It was the second time that Roger has been invited to play for a very enthusiastic sold out audience. It was at this concert, where Roger began telling the story of “Gene Tryp” again – with a few modifications.

With a few days off before the IMAC Theater concert in Huntington, NY, we decided to spend our anniversary at Minetta’s Tavern in Greenwich Village. Our plan was to enjoy a quiet lunch at Minetta’s, then spend the evening toasting the Empire State Building from the view of our hotel suite on the Hudson River. 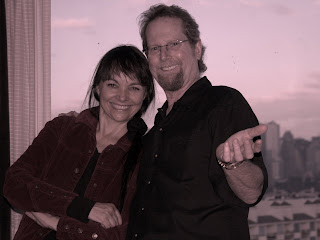 The Italian lunch was exactly what we had envisioned. As we were saying good bye to our usual waiter, he told us that Minetta’s was closing! It had been sold and even though the new owner says he isn’t changing the décor, there will be some remodeling and a major menu change. Roger’s favorite Italian restaurant in the Village, the one he frequented in the 60s, was about to become French! 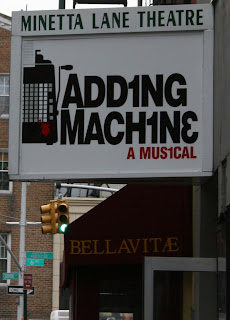 We reluctantly left the restaurant, took a picture and slowly walked down Minetta Lane. I looked up and my mouth dropped open. On the marquis of the Minetta Lane Theater was the name of the play I performed in at Longwood College in 1969 – The Adding Machine. We decided right then, to call Roger’s son Patrick and invite him to join us for one last (Italian) meal at Minetta’s and to attend this musical adaptation of Elmer Rice’s projection of the future.

On April 5th, Roger received an email from David Mansfield. The two of them met on “The Rolling Thunder Revue.” David was 18 then and a musical prodigy. Since there was a concert close to his house, he wanted to see Roger and catch up on old times. Roger asked him to bring his instruments and to come early for sound check. 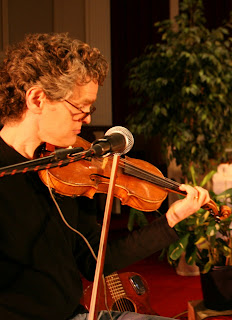 David arrived with a violin and two guitars. He saw the banjo sitting on stage; he said he didn’t play that instrument. Roger handed it to him, “Here, try it.” His untrained banjo hands began picking like a pro. Some people are just born to make music. The evening was enchanting. That night, Roger played with the musician we want to engage to help with the “Chestnut Christmas” CD we will be recording this summer. 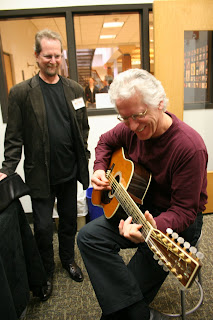 The Martin Guitar factory is on the way to Vienna, Virginia from New Jersey. Roger always seizes the opportunity to go there to smell the wonderful aroma of hand made guitars being lovingly crafted. It was also a very good time to pick up some guitar strings and to show Dick Boak, Roger's new tuning of the 12-string. I picked up two denim chef's aprons with the Martin logo … interesting. Well I got one for Roger too! I’m not going to be in the kitchen by myself! 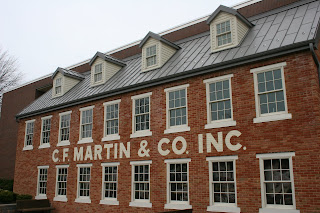 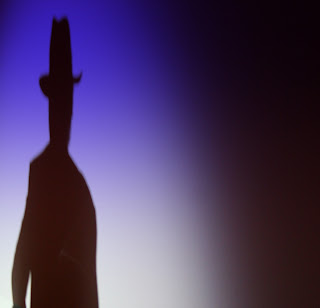 We finished the concerts at the Barns in Vienna and the Maltz Theater in Jupiter, FL then headed home for a few days. Our bags were still waiting to be unpacked when we received an email from Steven Van Zandt’s assistant, Nicole, with an invitation to attend Bruce Springsteen’s concert that night. Our schedule had been so full,we did not even realize he was in town. We replied quickly. Within the hour, the telephone rang. It was Steven.

Bruce wanted to know if Roger would join him and the E Street Band on stage for a song. The Springsteen machine dispatched a car to pick us up in time for sound check. 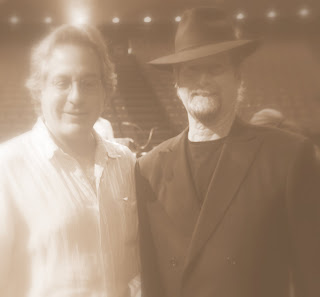 Steven and Nicole met us at the back stage entrance and immediately escorted us to the stage. Max Weinberg was already on stage and greeted us both with a big hug. Max and his wife Becky had been to our house years ago for dinner.

My camera was tucked in my bag. I understand the importance of not taking pictures without permission but my familiarity with Max gave me the courage to ask if I could get a picture of him and Roger. My hands were shaking. The photo with Max was the only one I the courage to take all night.

We were talking to Max on stage when Bruce walked up and shook Roger's hand. My mind went tripping. I was standing on the stage where Bruce Springsteen was going to perform and he had just talked to me. It is moments like these when I hope I don’t have a really silly expression on my face. We had talked to Bruce years ago at Tom Petty’s house, but standing on his stage with him was mind blowing.

I left the stage and walked out into the arena to listen to the sound check. Looking around I noticed that there was not a soul around except for the required personnel. It was a closed sound check. I sat down on the steps leading to the seats and listened to the opening notes of “Turn, Turn, Turn” sweetly sounding from the incredible speakers. The E Street Band played it like it was in their daily repertoire.

When Bruce was satisfied with the performance, he requested another song, “Mr. Tambourine Man.” Roger sang the Byrds' version. When he finished Bruce asked, “Is that all? I thought there were more words.” Roger told him there were a lot more words; in fact he has been singing all the verses in his recent concerts, so he knew every one of them. They decided on the verses they wanted to sing for the audience. I saw Roger waving his hand as he talked about the verse with the line “one hand waving free”

Bruce Springsteen is "The" amazing performer. His energy and love for the music carries not only him but also his band and audience to heights very seldom seen. After the concert, as we were saying goodbye to Clearance Clemens, Bruce walked up. His eyes were shining and his energy was still soaring. He was a man happy about his day’s work. 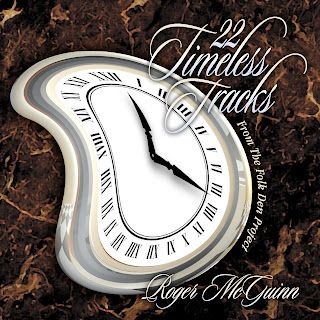 The pic of Roger & Camilla taken by the camera remote control.
All other photos by Camilla.