August is a good month to leave Florida. It does get hot, but this year, it was hot everywhere. We had three concerts scheduled for the month and we were hoping for a respite from the heat. The first show was in Bethlehem, Pennsylvania for the annual Musikfest. Roger had played the theater before, so once again it was like coming home. Unfortunately it was hotter there than it was at home in Florida.

A few weeks before the Musikfest concert, I received an email from Chris at Martin Guitar. He said the prototype for Roger’s new D-7 seven string was ready (Roadie Report 13). I told him to keep it a secret because I suddenly cooked up one of those “I Love Lucy” schemes.

Roger is not a fan of surprises unless they come in a brightly covered box with a bow, but I thought that maybe this time he wouldn’t mind. My plan was to get Dick Boak from Martin to surprise Roger with the D-7 during his concert in Bethlehem. The Martin guitar factory was really close, just around the corner in Nazareth. This is beginning to sound like a Christmas story.

I just needed to figure out a way to get Dick on stage without Roger being surprised to see someone walking toward him from the audience. One day after prayer, I brought up the subject of the 7-string and how wonderful Dick has been in supporting the project. Roger readily agreed. That’s when I suggested that maybe it would be nice to give Dick a well deserved thank you during the Bethlehem concert. To my delight, Roger liked the idea so we immediately began planning the best time to ask Dick to stand up and take a bow.

Later that day, I called Dick and asked if he would mind presenting the new 7-string prototype to Roger on stage. He thought it would be fun. Then I told him the rest of my plot. I really didn’t want to spoil Roger's surprise for Dick of asking him to take a bow, but I felt someone on the surprise list needed to be in the know. I could tell Dick liked the idea and on the day of the concert, he arrived, smiling with the guitar in hand.

Roger doesn’t like to see anyone prior to a show, but I did confirm to him that Dick was in the audience. During the concert, Roger began explaining the intricacies of the 7-string and told the story of how he and Dick designed the guitar on a paper napkin during lunch one day. At that point Roger sprung his surprise and asked Dick to stand up, then Dick not only stood up, he started walking toward the stage with a guitar case.

For one quick moment, Roger had a look of shock on his face, but then he saw the case and it all became evident…Dick was bringing him the new D-7!

Dick told a funny story about carrying it on the shuttle bus to the concert and being asked for his autograph, then he handed the beautiful hand crafted 7-string to Roger to play. It was a great surprise!

If you are ever near Nazareth, Pennsylvania - tour the Martin factory. It has a wonderful museum and the luscious smell of fine wood being hand tooled into instruments for making music will linger in your sense memory for a long time. When you give a guitar player a Martin guitar, one of the first things he will do is put the guitar to his face and take a deep breath, and then smile.

Our next show was a week and a half later at Chastain Park, Atlanta: co-billed with THE JAMES GANG. Chastain Park is an unusual amphitheater. The ground level has tables and chairs for people to bring their candelabras and gourmet picnics. The first time an artist plays in front of this candle-lit Champagne sipping, caviar eating audience they are usually a bit puzzled. Some artists demand the eating to stop, but Roger has played the venue so many times that he finds it amusing; I find it whets my appetite and I stay hungry throughout the whole show. 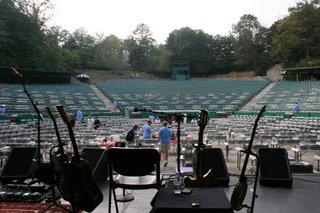 Roger's guitars and banjo after sound check at Chastain Park

From Atlanta, we drove to the South Side of Chicago. Even though Roger was born in Chicago, he seldom got to that part of the city. We were both enchanted with the small town feel of the community. The Beverly Arts Center, where he was performing, could be a model for all community arts centers. 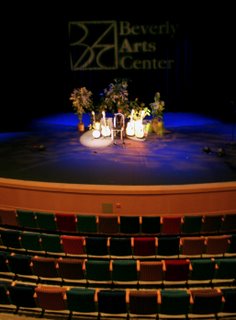 Mike, the executive director, took me on a tour of the facility. It is a non-credit School of the Arts with rooms for dance, music, theater, pottery, painting, photo workshops and new plans for every spare space. The center also offers performing arts, independent film series and art exhibits. The stage is intimate and when there aren’t live performances; feature movies are shown in the auditorium. I drove away from the center thinking about how blessed that south side of Chicago neighborhood was to have a place to gather, to learn and to experience the visual arts.

During the drive back to Orlando, I used my time off from driving to begin the task of putting the pieces of the puzzle together for Roger’s up-coming tour of Denmark and the United Kingdom.

Touring in the states is a walk in the park for us, but Europe has a few interesting logistical points to overcome. Here, we wing almost every hotel – when it is time to stop, there always seems to be a good place to stay at the next exit. Most hotels here have free high speed Internet, breakfast and some even have great pillows.

We have toured the UK and Europe many times, but I wanted this time to be extra special. I felt it was time to smell the roses, so it was necessary to orchestrate the travel carefully.

The Internet was the key to putting the pieces of the puzzle together. We needed to fly across the Atlantic, take a train to Belgium, rent a car to drive through Germany and up to Denmark, perform concerts in 4 cities in Denmark, return to Belgium, catch the Eurostar to London, catch a train to Cardiff, start the 14 city concert tour of the UK, find a pillow every night and still smell the roses. It was a challenge! 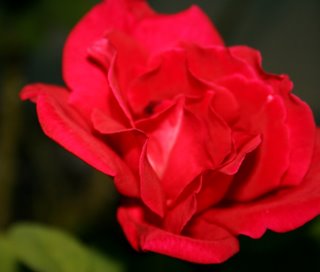 Take time to smell the roses. Photo by Camilla