A Gentle Soul and Cool TOO! by Camilla McGuinn

In 2002, PEOPLE magazine’s photo editor told me she wanted to send a special photographer to Orlando to photograph Roger for their article “Rock of Aging.”  John Chiasson and his assistant were on a plane from Nashville within the week.

As I invited John into the threshold of our front door, I quietly told him the one of Roger’s least favorite things to do is to sit for a photo session. John whispered to me with the most engaging smile, “I’ll be gentle.”

John was not only gentle, he was brilliant. PEOPLE magazine liked John’s photo of Roger so much that they used it for almost a full page. I called John and asked him if I could buy it from him for Roger’s publicity portfolio. His reply, “When the restrictions are expired with PEOPLE magazine, you can have it.” 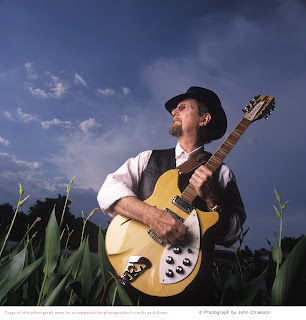 Three months later the photo was appearing in local newspapers around the world.

John was not only a gentle soul, he was cool! His style was a cross between a debonair 20’s actor to a laid back 60’s hippie.

When THE FOLK DEN PROJECT was ready for pressing, we knew John was the man we wanted to shoot the cover. 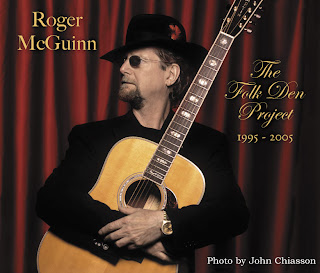 His price to us,”Nothing, just pay my assistant.” John and Maureen even housed and fed us. 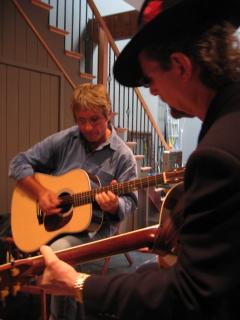 Roger had jammed with John on the first photo session. A guitar seemed like the perfect thank you gift to take to him. During breaks from flash bulbs and while Maureen was preparing a gourmet meal, the two friends sang and played the songs of the sixties.

I have written about John and Maureen before, but this time I’m writing our goodbye to John. He silently left this realm while sitting in his studio on August 17, 2013. His dear wife found him and thought he was asleep. His heart had stopped and when we heard about it, our hearts momentarily stopped too.

We will miss John Chiasson - photographer extraordinaire, coolest cat in town, good friend and most of all ... the precious  husband of the lovely Maureen. 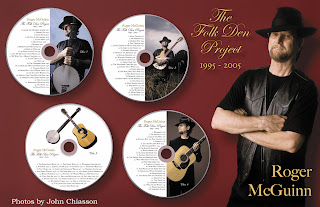