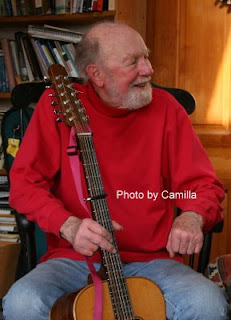 Usually upon arrival at the “Sheraton On the Hudson” in Weehawken, NJ, we park in the lot and unload our van from there, but this time it was raining. We drove under the awning of the hotel entrance. While the bellman was maneuvering our equipment, a gentleman excitedly approached Roger with that tentative question we often hear, “Roger McGuinn?”
“Yes.”
“We came here from Canada for the show at Madison Square Garden.” Then he spotted me and excitedly commented, “You’re Camilla! We’re here at this hotel because we read about it in your BLOG.”

It was the first time someone seemed more excited to see me than to see Roger. I was flattered and thrilled to meet one of the three people I imagine who read the BLOG. On this tour, I found out there are a few more than three readers, because I have been reminded several different times that I haven’t written lately. Those reminders were encouragements to dust off the keyboard and type. It is a good thing too, because I don’t want to forget the wonderful events we have recently experienced.

Two years ago, Roger decided that he wanted to connect more with schools since it was a visit by Bob Gibson to his high school that set him on the road to the Rock and Roll Hall of Fame. I called Andrea at Skyline and asked her to begin mentioning to colleges that Roger would also be available for give a lecture the day before a concert. Monmouth University was the first college to invite Roger to lecture.

The Folk Alliance invited Roger to give the key note address for their February convention in Memphis. This folk singer was becoming a speaker. 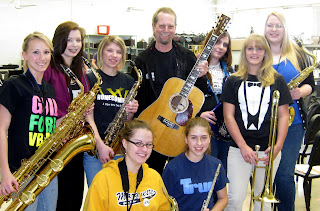 On March 19, 2009 Roger gave his first lecture to a high school class. It was in Rockford, Illinois. We walked out of the classroom with smiles on our faces. The music students appeared interested in the stories Roger shared with them. During the Q & A, a student asked Roger, “What was the most important decision you ever made in the record business?”
“Getting out of it.” Roger quickly replied.
He went on to tell them that with the internet and modern technology, he has been able to develop his own recording business and he’s having a lot of fun doing it. He told them that if you love what you are doing, you don’t have to work a day in your life.

Another lecture was schedule at Monmouth University for May 2. This time I asked the staff to invite people to bring their guitars. 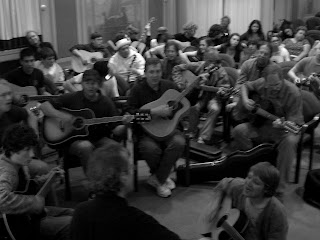 After Roger explained how folk music took him to the Hall of Fame, he asked the students to open their guitar cases because they were all going to play a few songs together. There was a cacophony of strings until Roger led them through the tuning process. After all the guitars were blending, Roger sat down and said, “We’re going to play Mr. Tambourine Man. One, two, three, four. One, two, three…’Hey Mr. Tambourine Man…’” 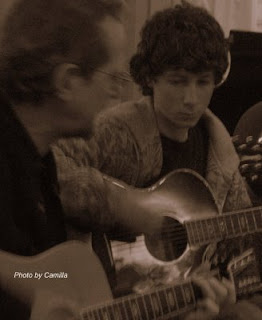 My mouth dropped open when I heard almost 50 guitars and singers join together in harmony from the first note. They finished and then flowed into “Turn, Turn, Turn.” After another round of questions, Roger finished the afternoon with everyone singing and playing “Mr. Spaceman.”

He was smiling broadly when he declared to the group,”You’re now officially all Byrds!" 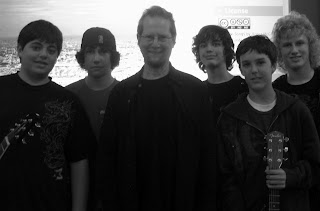 The first weekend in May was jammed packed with exciting events, but I was beginning to think that those moments at Monmouth couldn’t be topped.

Sunday was Pete Seeger’s 90th birthday party at Madison Square Garden. What a party it was! The Garden was sold out and the cast of performers covered decades of talented musicians. Everyone donated their time and talents to celebrate the life of a man who always chose the paths of love and justice. All of the proceeds from the concert were for the “Clearwater.” The project Pete began in the 60’s to clean up the Hudson River.

For Roger, this evening was an ultimate class re-union. 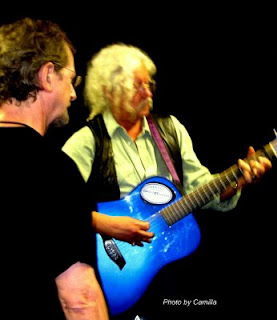 The names on the door for his shared dressing room were Arlo Guthrie, Tim Robbins, Ramblin' Jack Elliott, Kris Kristofferson and Roger McGuinn. 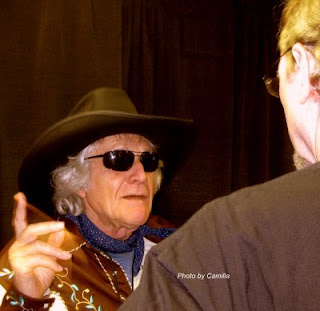 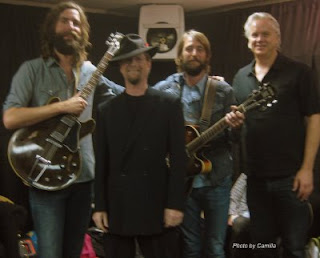 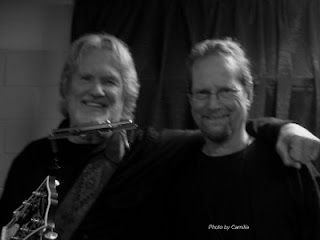 Throughout the evening, there were joyous smiles and handshakes with friends from Greenwich Village to California, many of whom Roger had not seen in over 20 years.


Ben and Trevor from Band of Horses, along with the Saturday Night Live band, joined Roger on the song, “Turn, Turn, Turn.” 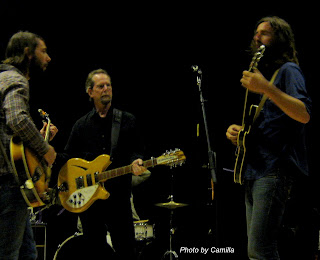 There wasn’t enough time to sing his other Pete Seeger favorite, “Bells of Rhymney,” but he didn’t mind. He told the Bob Ezrin, the director, he would be happy just to sweep the stage.

We woke up Monday morning still excited about the incredible weekend we had just experienced. The lecture on Friday, was followed on Saturday night with a co-billed concert of friends, John Sebastian and Roger McGuinn. 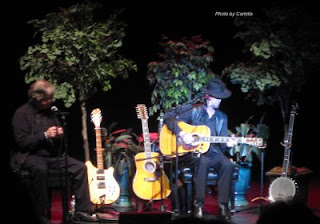 Then it was time for Pete’s Party on Sunday. Each moment would have marked a weekend as very special on its own, but to have those three events happening in one weekend was one for the memory banks.

By noon we had answered a ton of email. Then it was time to ride the ferry across the Hudson to meet Patrick and Wilson at the Oyster Bar in Grand Central Station. Lunch in that beautiful train station and then a stroll through the market place to buy chocolate has become a tradition for every visit to the City.

After lunch, we went to 47th street to find “Masters of Time.” A watch maker who has gained great acclaim for the tender care he gives to fixing broken watches. His wife Rita tends the small desk in the Exchange. I wasn’t sure I wanted to leave Roger’s birthday gift from my mother with strangers, but when we met Rita, I knew that the watch was in good hands. Her sincerity and love of her husband’s craft bonded us to her almost immediately. She and her husband are a “mom and pop” business. We identified with their business model.

Tuesday morning Rita called and said the watch was fixed. She wanted Roger to have it before we left for Europe at the end of May, so her husband made a special effort to fix it quickly.

I’m sitting on the bed, looking out the window at the gray clouds hiding the top of the Empire State Building. I have spent the last three months buried under a mountain of paper work. July’s logistics still need to be organized for our upcoming two month tour of Europe, but this moment of reflection has been good for my soul. It is true; you never have to work a day in your life, if you love what you do.