Roadie Report 67 by Camilla McGuinn - A Minute in Time

On the road, a day can seem like a minute.

We stopped in Washington, DC to add a voice to some injustices in our Copyright laws. It meant we had to leave home a week earlier than we’d planned for our tour of the northeast but it gave us more minutes to spend on the roads of America.

Traffic congestion is something we always want to avoid and fortunately from experience we know how. Instead of taking Interstate 95 straight to Washington, DC we slice northwest on Interstate 26 to Columbia, SC, then take Interstate 77 to Interstate 81.

Traveling through the mountains of Virginia, we pass through the towns of my teenage years, marveling at the beauty of the Shenandoah Valley and sometimes stopping at Natural Bridge, VA.

After talking and shaking hands with many Congressmen, we headed northeast to Nazareth, PA to visit the Martin Guitar factory. There is nothing like a tour of that wonderful factory. It is a joy  to see their museum and to smell fine woods being crafted into some of the prettiest and best sounding hand made guitars in the world. 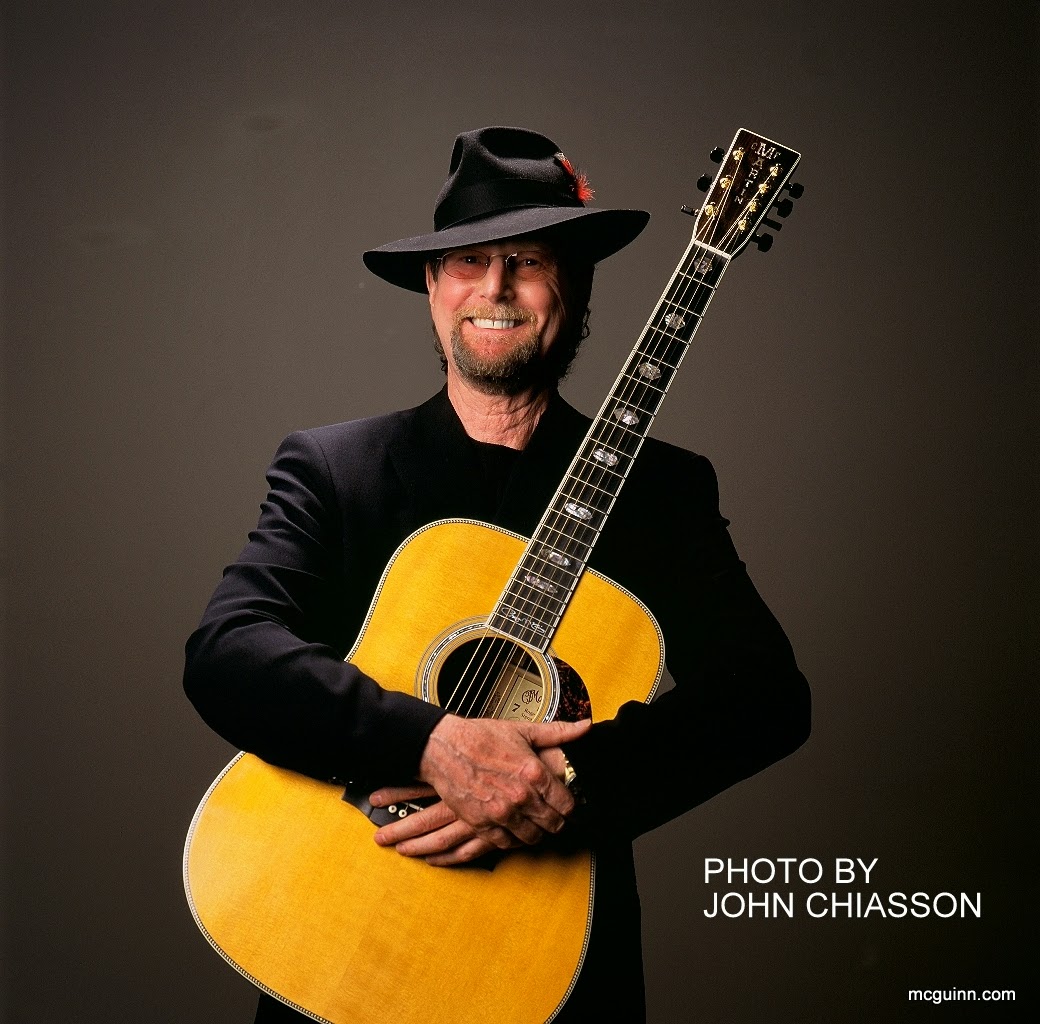 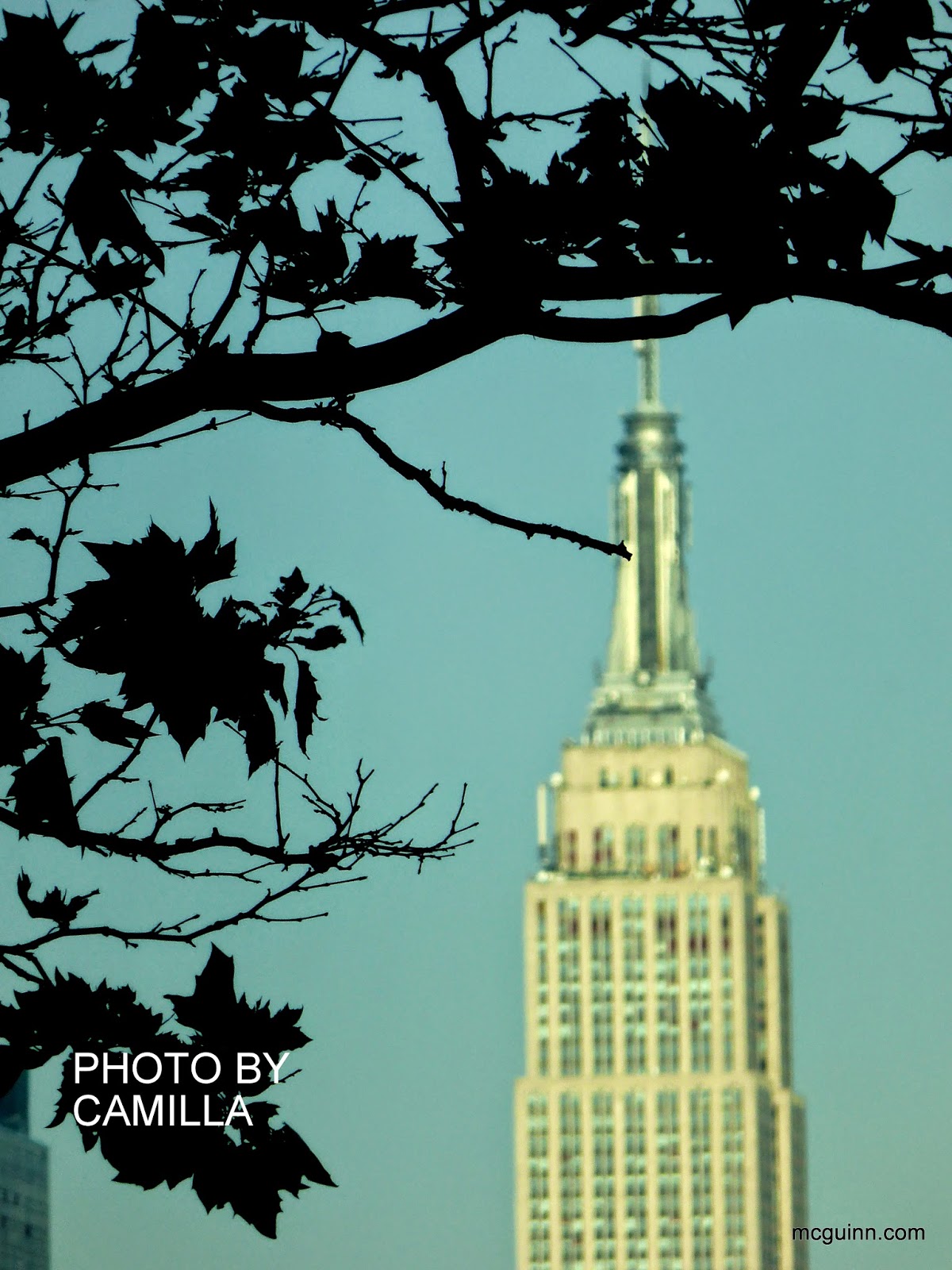 There were still minutes before the first concert at the beautiful theater in Northampton , MA, The Academy of Music. We stopped at one of our favorite hotels, The Sheraton Lincoln Harbor, on the west side of the Hudson in Weehawken, NJ. There was just enough time to catch the ferry, then the ferry bus to Café Fiorello for a late lunch. We always sit at the antipasto bar and  have a wonderful time meeting the regulars who come almost everyday. This day we met Angelica.

Angelica was born in Germany just before WW2. Her father was a musician and worked very hard to shelter the musicians he worked with. I have just begun studying the German language on The Word of the Day http://www.transparent.com/word-of-the-day/today/german.html?date=06-10-2014 website because of our upcoming German tour in September. Funny thing though most Germans speak better English than Americans. To my amazement, I have fallen in love with the beauty of the language. I had always thought it was a harsh language, but after hearing and reading a few words, I realized it is sweet and logical.  I can almost understand some of the words I read.

Just before leaving Café Fiorello ,we introduced Angelica to the lady sitting on our right. Being a regular of the restaurant, she had seen Angelica but had never spoken with her. When we left they were chatting away.

We moseyed our way (that’s southern talk for going slow) up  a hundred miles to another favorite little stop in Fishkill, NY. Nothing real special, but a comfortable room and a good meal within walking distance. 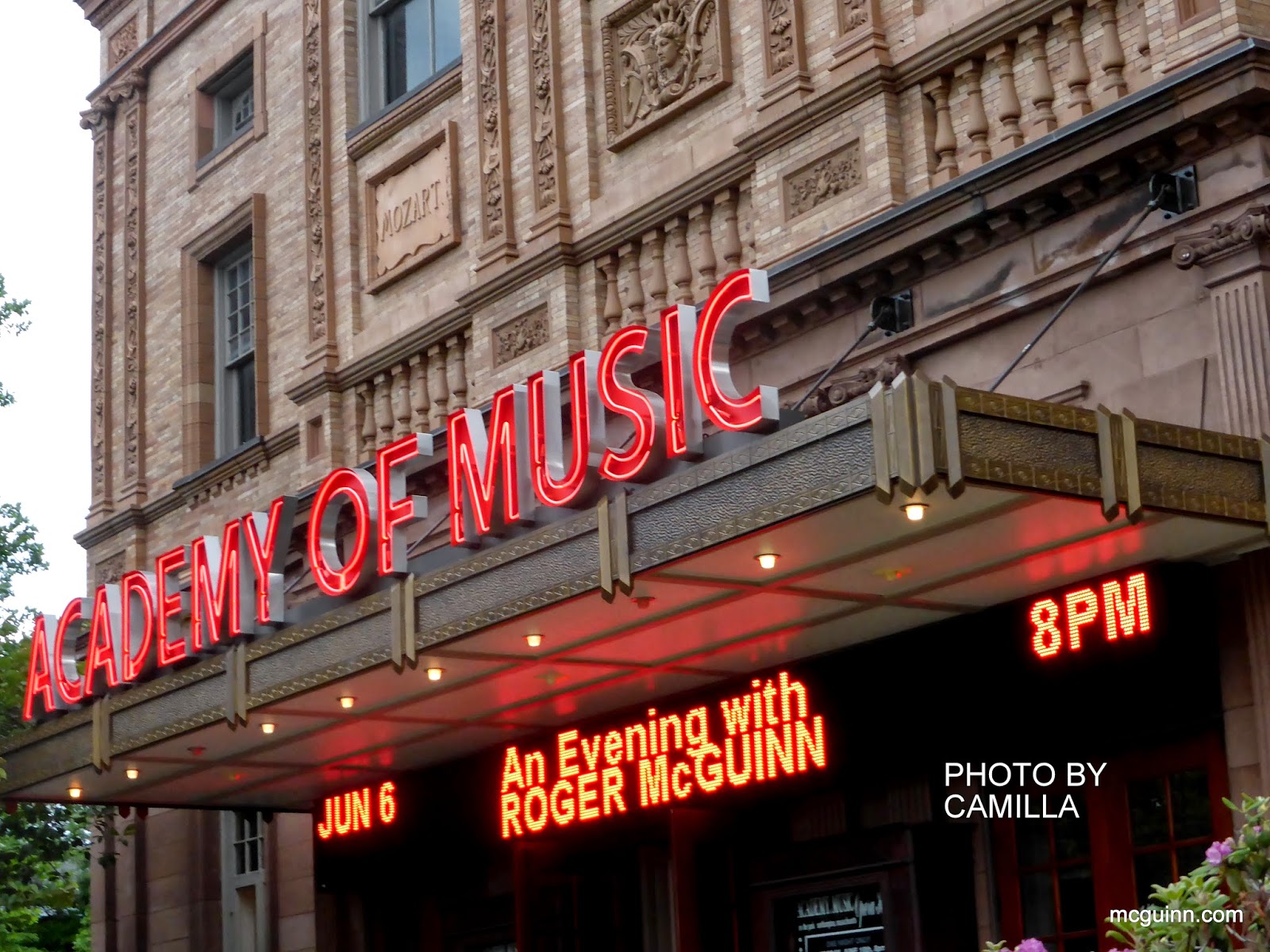 The theater in Northampton is one of those wonderful ancient Vaudeville theaters that went through  the degradation of having its floors covered with gum and popcorn from moviegoers, to being restored by folks who realized that theaters are worthy of preservation as historic buildings.  Roger walks on the stages of those theaters and asks. ”Did George Burns play here?” His dressing room was next to Elizabeth Taylor’s and Richard Burton's!

When Roger performs concerts we are very aware that folks come to hear the songs that were the sound track of their lives. Everyday at lunch we discuss the upcoming show and discuss what songs and stories he will perform. We had particularly difficult choices to make for this show. All the hand shaking in Washington, DC did put him in contact with a cold virus. He could barely talk. Of course we prayed and sent out emails to friends who know the power of prayer. As we discussed the songs, we remembered tunes that were in lower registers that wouldn’t strain his voice. There is a great danger of singing when vocal cords are compromised… a singer can lose his voice. We had to decide which songs to sing. The set list that evolved was fun. I hadn’t heard “It’s Alright Ma” in years!

That night he sang with joy! A couple who often follow Roger to all  his shows came up to me and said they loved the lower vocal range he was using. I didn’t tell them he had a cold because it might have dampened their enjoyment. They also told me that they decided to get married the next week right there in Massachusetts and Roger’s concert was the catalyst for the happy event!

After the Northampton concert, we had one more special minute. Since Roger was still coughing we decided not to inflict the friends that we were going to visit, but stopped at the beautiful Saybrook Point Inn, in Old Saybrook CT.


Our arrival on the beautiful June day was just in time to sit on two rocking chairs in the shade and watch a wedding. Marriage is a beautiful celebration. Our smiles stretched from ear to ear as watched from the officiator’s view of the couple committing their lives to each other. We were caught by surprise when the officiator came up to us after the ceremony and asked if Roger would sign their marriage license as a witness. It was a delightful and humbling experience. Within the course of two days our lives were touched by lovers sealing their love. 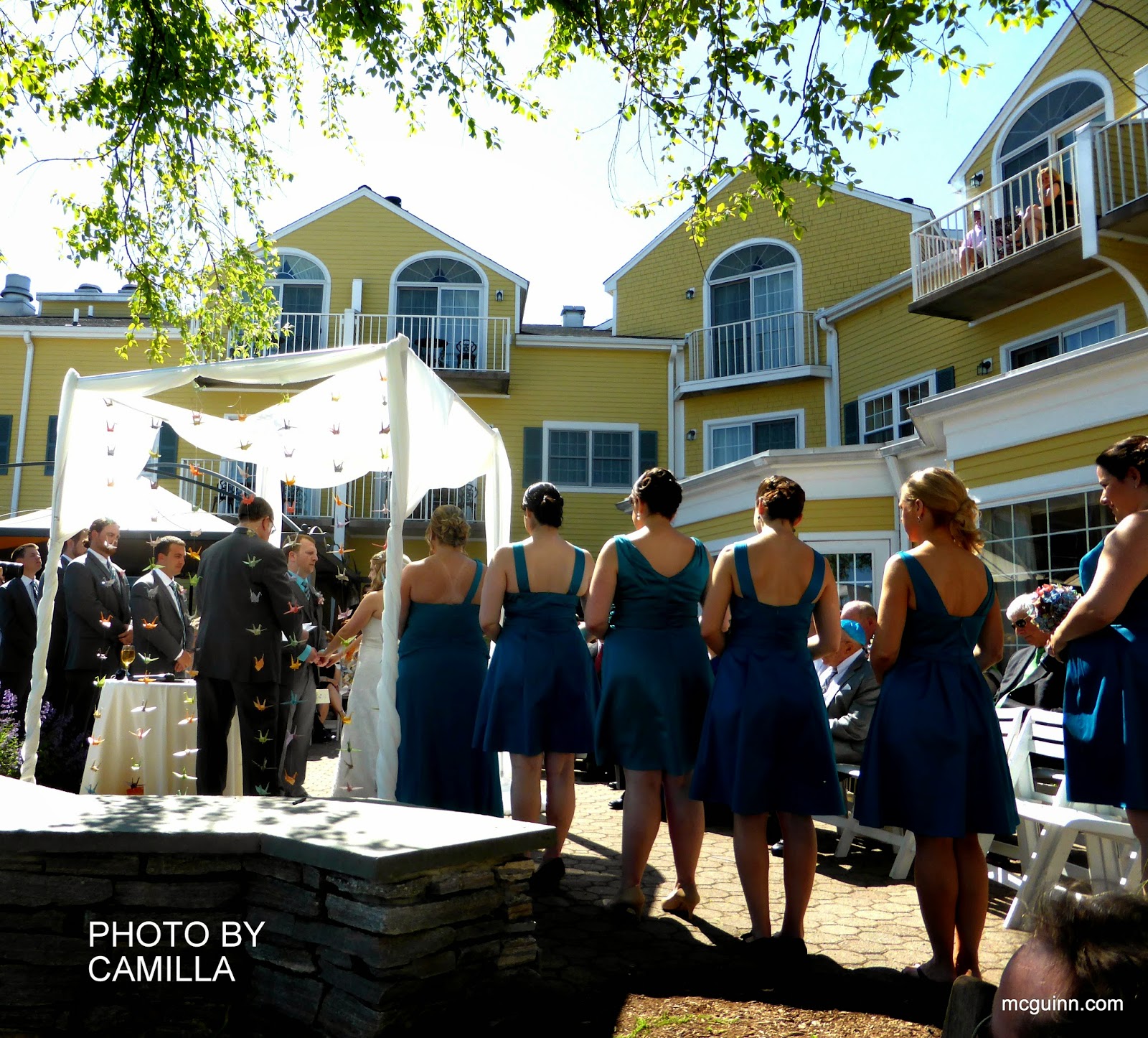 The day after the wedding, we had a "minute" to enjoy a rainy day lunch before driving to Phoenixville, PA for a return appearance at the Colonial Theatre on June 12, 2014 ... the theater used in the original filming of my first horror film "THE BLOB"