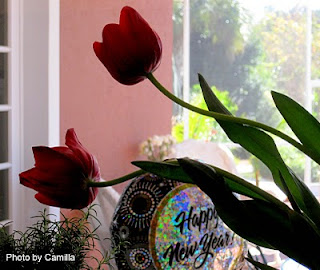 I woke up one morning and asked Roger, “Why do we have a house?” He smiled, turned on his laptop and showed me the live camera view in our home. “This is why. We love living there when we are there.” 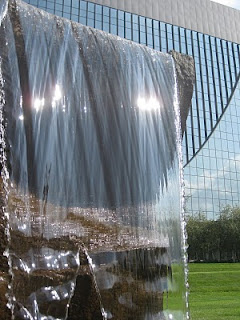 We barely had time to unpack from our European tour before we were driving on the highways up to Minnesota. Skyline had booked six concerts during a two week time period. It gave us a chance to explore the state and experience the Minnesota Fall season.

From Minnesota we drove down to the old Route 66 on a westward trek for concerts in California, Oregon and Washington.


Pepperdine University, Cal Poly at San Luis Obispo, the Montavalo Arts Center provided a nice routing up the coast of California to Washington. 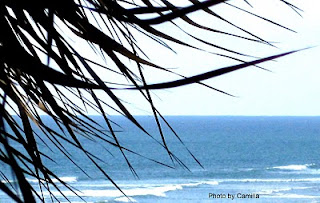 John Dvorak, one of those“Cranky Geeks” , met Roger at our hotel in San Francisco and arranged for us to visit his home while we were in Port Angeles, Washington for Roger's last public concert of 2009.

Our wheels rolled onto the driveway of our long missed Orlando home two weeks before Thanksgiving, but we weren’t through with driving. Roger suggested we spend Thanksgiving on a vacation tour of the South Carolina Low Lands. I replied,”What are you nuts!" Didn’t we just drive over 10,000 miles?”

But the man I love is a man of constant adventure, so we packed the home van (it was retired for home duties after 150,000 miles of musical chores), with 4 bags and 2 friends, Pat and Theresa.

Savannah was our first stop. We arrived just in time for dinner at a wonderful old mansion. Time was a bit of an issue, so the next morning we did something we have never done…we went on a trolley tour of the city. That turned out to be a good plan. The Savannah morning was cold and foggy. It is a town of many streets and parks with a trolley load of history. As soon as we finished absorbing the charm of the moss lined streets, we set the GPS for Charleston. 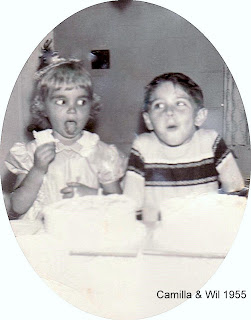 My memories of Charleston always center on the “Cowboy Bob Show.” My brother and I celebrated our October birthdays there when I was 4 years old. I remember telling “Cowboy Bob,” on live TV “I peed in my pants.” He commented, “Oh what a pretty purple bag you have.” Now you know more about me than you ever wanted to know.

It is time for me to get back to telling current adult stories.

I have always wanted to walk the historical streets of Charleston but when we travel with guitars and concert equipment, city parking is always a problem. This time there was no stress handing the keys to the valet attendant because we had only one guitar with us.

For people who never do “tourist tours,” we were about to break our rule one more time, but this tour was different. I had found a walking pub tour on the Internet while looking at reviews for hotels. A young couple decided that tours with a lot of people were no fun, so they began a pub tour of the city shuffling no more than 16 feet. Besides their vast historical knowledge of Charleston, they introduced us to some tasty micro-brewery beers. 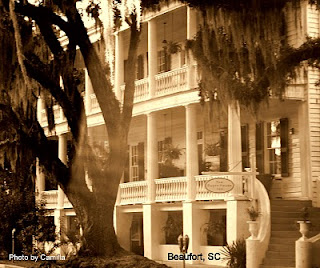 After Charleston, we drove 70 miles to my home town, Beaufort, SC. We dropped our bags at an antebellum mansion and then did it again…another tour geared for the tourist! I left the small coastal town when I was 8 years old so this tour was a historical buggy ride through the streets of the 500 year old town. Three tours within three days, each one totally different and each one making us laugh. It seemed odd to be traveling and not to have a concert to arrange. We were really on a vacation.

Friends from Europe always call me when they are coming to the States. Years of riding the roads, staying in roadside hotels and eating out every meal has made us a little knowledgeable about the intricacies of motor touring in this vast country.

Technology has made this a good time to travel. A GPS will keep you on track and the Internet can help you find a hotel.

Our travel is always plotted carefully, yet with always room for adventure. I must know exactly how long it will take us to get from concert to concert. Once that logistical calculation is made, I incorporate the adventure variables.

We always stop driving just before sunset. The hotel should have a restaurant within walking distance. Around 3pm, I calculate how much further we will drive, then go onto the Internet to find a hotel. Another advantage of having a resident techie – he has always found ways to keep us connected on the road. Right now we are using the Verizon MiFi for our constant connection to the information highway.

When we are working, the chain hotels are a good choice for comfort and safety. What once were the low-end hotels of a chain have been upgraded very nicely.Choosing to stay in the same chain of hotels has the benefit of free nights in the luxury part of the hotel brands. I tell people to always check the surroundings of the hotel. This can easily be done with Google maps or even websites where people write reviews. If there is a pawn shop close by…keep driving.

We look for food that has been consistent and fresh. The fast food drive-thru is not a contender for our dinner, but there are some chains that are consistent with quality. The Darden Chain of restaurants ie. Red Lobster or Olive Garden, The Outback and Ruby Tuesdays always have something on menu that we can eat. I do recommend enjoying meals at off-peak eating times. These family friendly restaurants can get busy and loud. Romantic evenings are saved for special dining enclaves.

There was one other mission for our Thanksgiving vacation. We had to find the perfect recipe for “shrimp grits.” GRITS! Yep grits! I was raised on that ground corn meal and we had friends coming from all over the United States to spend New Year’s Eve and New Year’s Day with us. 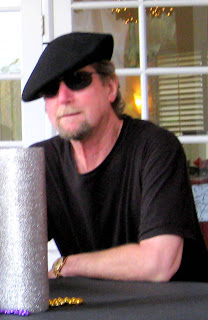 I planned New Year’s Eve to be a gathering with a New Orleans' 1950s theme. Friend Bill called it Sha-na-na meets Bourbon Street, but at the last minute we reminded folks that beatniks were a 50s fringe group. A lot of people dressed in black and berets walked though our front door. The menu on the Eve was Shrimp Etouffee and various goodies sent straight from Louisiana by The Folk Den Project photographer, John Chiasson.

New Year’s Day menu was from my southern roots- shrimp grits and black eyed peas. There was of course the world famous Davis fruit salad…but that is another story.

A few days before Christmas, Roger stood at the door of my office shifting his weight impatiently while I finished a business telephone call. When I finally hung up, he excitedly told me that he had just received an email from Leo Laporte. Leo was inviting Roger to be on his MacWorld Expo panel on February 12. This was something Roger really wanted to do, but I wasn’t sure how we could work the logistics.

I suggested to Roger that he use Frequent Flyer points to fly to San Francisco. He didn’t like that idea. Flying isn’t much fun anymore and he didn’t want to go alone. We decided to think about it for a while.

Ten minutes later, I opened an email from Tim Castle, the agent who booked Roger for lectures on the Crystal Cruise line during our recent European tour. He mentioned that it was very last minute, so he understood if we didn’t want to take an offer from the Cunard Cruise Line for Roger to give two lectures on the Queen Victoria from New York to San Francisco in January.

WOW! A way to get to San Francisco for the MacWorld Convention! I flew down the hall to tell Roger. I didn’t have to ask if he wanted to do it, the smile on his face told me everything I needed to know. 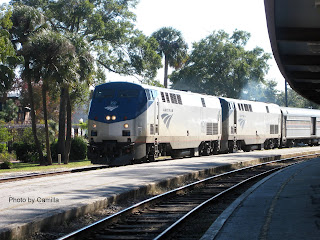 On January 10th, we boarded the train for New York City, our embarkation point for the Queen Victoria. The weather was freezing as we slipped by the Statue of Liberty in the dark of the night. 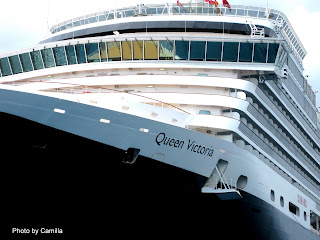 Dining on board each each evening was filled with the laughter of four different accents. Table 18 was an international gathering of couples from Scotland, Australia, New York and Florida. Bob, our Scottish mate, admitted to us on the last day that for a moment during our first meal, he thought he was at the wrong table because Ted, the New Yorker, and Roger immediately found common ground in the tech world. They were so excited about finding a fellow techie that their conversation lapsed into the jingle of a wired language. Fortunately the nightly conversations soon covered a large range of topics lasting into the late hours of the evenings. 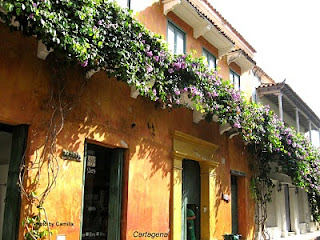 There were three ports before the Panama Canal. Fort Lauderdale, where I got off to get an extension cord; Grand Cayman, where I got off to buy champagne for a sail away party we were hosting on our spacious balcony; and the colorful streets of Cartagena. 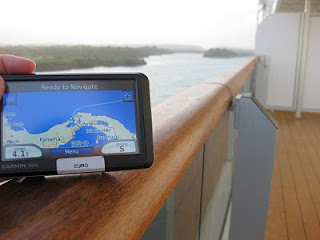 As I write this I’m looking at the coast line of Acapulco. Roger gave two lectures about how folk music took him to the Rock ‘n’ Roll Hall of Fame. In four days we will float under the Golden Gate Bridge just in time for Roger to sing a few songs for the Glaucoma Foundation annual fund raiser. (Please get your eyes checked every year! Glaucoma is the leading cause of uncorrectable blindness in the world.) 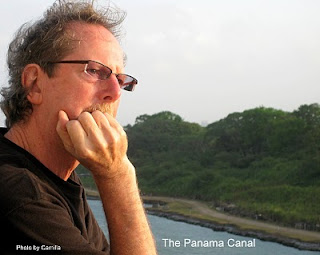 Since we will have to spend a few days in San Francisco before the MacWorld Convention, I found a condo to rent in the Nob Hill district. We’re looking forward to walking up and down that hill to find food and adventure.

Next BLOG..The Streets of San Francisco! 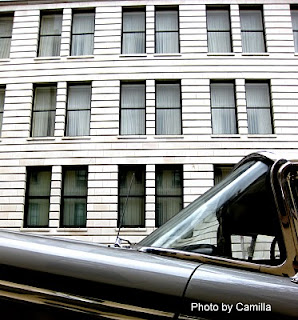