I asked Roger if he ever stopped at Mount Rushmore. He hadn’t and neither had I, so now was the once in a lifetime opportunity to view a historical site that we should have seen when we were ten years old. Besides vague memories of a teacher trying to impress upon us the importance of a monument carved on the side of a mountain, our recollection of the Mount was totally connected to Alfred Hitchcock’s “North by Northwest.” I was sure that the faces of the four presidents were going to be huge. They had to be because Cary Grant spent a lot of time crawling around those faces in Hitchcock’s movie.


At our first glimpse of the four faces we simultaneously shouted, “It’s small!” We said the same thing when we first saw the White House in Washington, DC. Our media has a way of really blowing things out of proportion.

The only charge to view the monument up close is the $8 parking fee. There is the normal gift shop, feeding stations, an amphitheater and a walking path around the mountain. We passed by different groups of tourists each speaking a different language. I wondered if they were wondering why those faces were carved on that mountain because that was what I was wondering. I obviously didn’t pay attention to my teacher in elementary school. The answers were available in the gift shop and of course you can always “google it.”

We drove down the mountain and continued to Washington, stopping for the night in Gillette, Wyoming. As we crossed the border into Montana, Roger talked about Peter Fonda and how Peter had traded his sailboat “Tatoosh” for the Big Sky country.

The first time Roger met Peter Fonda was in Las Vegas,1962, when Roger was accompanying Bobby Darin. Peter came to watch the show with Sandra Dee, Bobby's wife. They had just finished filming “Tammy and the Doctor." 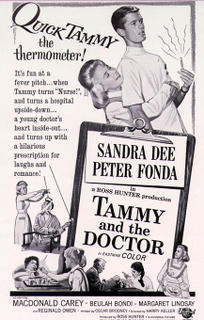 Peter knew about Jim (Roger) McGuinn because he was a friend of Stormy MacDonald, a childhood pal of Jim’s from Chicago. When the BYRDS hit the Sunset scene in Hollywood, Peter was there and arranged to have the group play for his sister Jane’s birthday party. Henry Fonda was not fond of the loud music and told Peter to have them lower the volume. Peter tried to explain to his father that this was THE BYRDS but Henry didn’t care what they were, he just wanted them to be quiet.

David Crosby and Jim loved airplanes and would often go to Aviation Boulevard at LAX to watch the planes land. It is that place where Peter filmed an opening scene in the movie “Easy Rider.”

One day the BYRDS missed their flight to Pensacola, so they chartered a Lear Jet to get them to the gig on time. The pilot was John Lear, son of Bill Lear, the inventor of the Lear Jet. That was the beginning of a friendship between, John, Jim and David. Peter later joined them in their flight adventures. Jim even wrote a song called “The LEAR JET SONG” and was rewarded with free Lear Jet rides.

We spent the night in Missoula and arrived in Moses Lake in time for lunch the next day. The trip from Orlando, Florida took 5½ days. 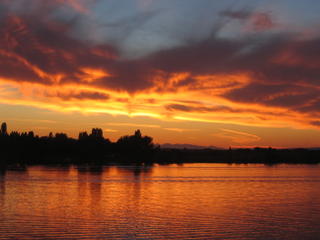 Sunset at Moses Lake(Photo by Camilla)

Moses Lake is a small town with a great sense of community. Roger was playing at an outdoor amphitheater located on a river. Every year the town brings in artists for free summer concerts. The audience, on the cool August night, was a mixture from the whole town, young and old. At my lemonade stand, I was touched to talk to people who had driven for hours to see Roger in concert. I even drafted one of the fans to man the lemonade stand while I set the stage for the show. Fans become friends in a twinkling of the eye.