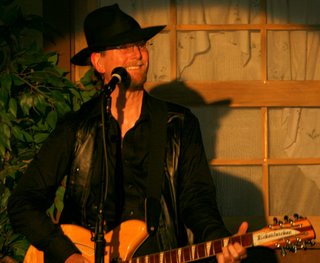 People often ask me if the constant packing and unpacking gets tiring. Most of the time while they are asking the question they throw looks of consolation in my direction. I smile, no I giggle, because this life of ours is summed up in Roger’s adapted words of the folk song “Wandering” – “This is what God made me for.”

We drove up to Oaklyn, New Jersey for one show at the Ritz Theater. The stage was set for a running play, but with moving just a few of the props, we set the scene for Roger’s show.

The next morning, we hit the road early for home. Our basic rule is that if we can spend two days at home, it is worth the trip. This time we were going to spend four days touching home base before a three-week tour.

The tour had concerts in some new places for us. The first concert was in Madison, Indiana for the first Ohio River Valley Folk Festival. The river front setting was a beautiful place to listen to music, but it did rain and even though it was May, I spent the evening shivering under the soundboard tent. I marveled at the fans who sat under their umbrellas and sang along with Roger for the whole concert. 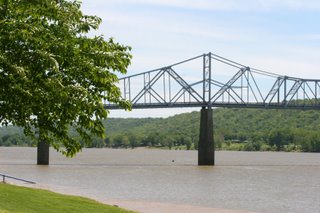 The Ohio River (photo by Camilla)

On May 20, we drove 246 miles to Jorma Kaukone’s Fur Peace Ranch in Pomeroy, Ohio. Roger had co-billed with Jorma years ago and it was fascinating to see the guitar teaching ranch he and his wife had developed. People come for miles to learn guitar techniques from masters. That night Jorma and Roger co-billed again. Some fans came from as far away as Washington DC to see the show. Jorma had posters printed to promote the concert, but it sold out before the posters could be distributed. A mood of excitement and anticipation filled the air as the audience walked into the theater.

Ohio has some beautiful rolling terrain and the drive to Lexington Kentucky the next day was very relaxing. Lexington is the home of Michael Johnathon’s “The Woodsongs Old Time Radio Hour.” The show is a labor of love, produced by dedicated volunteers. They always arrange lodging for us at the charming historical hotel, The Gratz Park Inn, which has a gourmet restaurant. I had sent Michael a copy of “The Folk Den Project.’ When he listened to it, he contacted me and invited Roger to appear on his show as the featured guest. Lexington was on the way to the next concert, so the routing and timing were perfect for recording of the radio show and exploring the streets of the “Horse Capital of the World.” A copy of the show can be seen on mcguinn.com. Or just right click here and save target as woodsongs-398.wmv.

After a few days in Lexington, it was over the mountain and through the woods to my grandma’s home state, North Carolina. Now every Carolina descendant knows that you can’t drive through the Tar Heel State without finding some Carolina Bar-B-Que. We found it in Winston-Salem on our way to Oriental, NC.

All my relatives live in North Carolina and I did for awhile, but I had never heard of Oriental. It is another one of those places that the people must keep secret because it is beautifully untouched by the urban expansion of the masses.

The promoters of the concert, Dave and Marsha, have a fascinating history. He retired from the dot.com business he inspired and moved to Oriental to spend his days sailing. The couple enjoys good meals so being entrepreneurs, they decided to open a restaurant. The restaurant was a success but too time consuming for people who had retired, so they sold it. Then they wanted to hear good music. The town of Oriental has The Old Theater that was sitting dark, so Dave and Marsha jumped in feet first into another new venture, concert promotion. 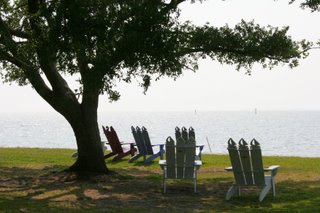 Dave arranged for us to stay for three nights at the Oriental Marina & Inn, located on the harbor in the heart of the small fishing town. I didn’t know it was a condo-hotel until I looked at the pots and pans in the small kitchenette. There was a huge pot for boiling a feast from the sea that the fishing boats brought to shore everyday.

The hotel had wi-fi but it wasn’t working. The editor/owner of the local newspaper, Frieda, was helping with the promotion of the show, so during a telephone conversation I mentioned my need to communicate with the world. She told me to go on down to her office and she would leave the door unlocked for me. Small towns with big hearts – still is a way life in some places.

Roger performed two nights in The Old Theater and each night after the show we would sit and talk with Dave, Marsha and Frieda. Dave has his roots in technology, so he and Roger are in contact via the Internet about important matters such as the best GPS for the job, secrets of the UNIX operating system, or will the hurricane hit Forida and North Carolina?

The next concert was in Natick, Massachusetts, but we had time to stop in New York to work with SONY on the “ THE BYRDS- There is a Season” box set. While we were there, we went to the Town Hall Theater to see Roger’s old “Rolling Thunder Review” friend, T Bone Burnett. 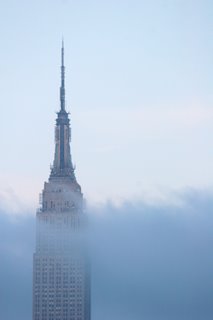 New York reunions are so much fun. When we got to the theater Willie Nile was standing by the door. While catching up with each other’s life adventures, a young girl approached us with a pamphlet about T Bone’s new CD. We each took one and then she asked if she could take a picture because her boss wanted to be sure she wasn’t just throwing them away. I realized that she didn’t recognize Willie or Roger, so I suggested that she just take a picture of the two of them holding the pamphlet. I wonder if her boss recognized the two guys in the picture.

The opening act for T Bone was Jacob Dylan in a solo performance. Roger had not seen Jacob since he was a little boy and he was blown away by the high quality of his solo show. Being a female, I was blown away by his good looks. I love being a secure, happily married five and fifty-year-old woman – I can make remarks like that about young men!

After the concert at The Center for the Arts in Natick, Massachusetts we hurried back to Florida for a Vero Beach concert, a week of telephone interviews, then on to Kent, Ohio for a show at the Kent Stage theater.

Even though we love touring, there is a detriment - the toll it takes on relationships with our friends. We are blessed with friends all over the world and our travels often take us to their doorsteps but when there is time to bring them all together, it is a time of childlike rejoicing. We finished off the month of June with a party at our home for the group of friends who usually celebrate Thanksgiving with us. Our touring will put us in New York in November, so we took the opportunity to gather everyone together on this 4th of July weekend.

July is the month of Roger’s birthday and his favorite way to celebrate is to be on the road. We celebrated all month with a Festival in Pleasantville, NY; a concert in the quaint town of Francestown, NH and at the Mahaiwe Performing Arts Center in Great Barrington, Massachusettes.

At the Old Meeting House in Francestown, the announcer asked people to be sure to turn off their cell phones. Then she paused and commented that it didn’t really matter since there was no cell phone service available anyway. The drive to Francestown was over small roads wide enough for two wagons to pass. We felt like we were in another era and time had slowed down. We barely missed the cell phone service or the Internet. At our hotel after the show, we listened to the sound of the crickets.

If you enjoyed reading this - email the roadie at roadiereport@folkden.com