July of 2013 was very unusual for us…we stayed home for the whole month. It was time for editing the DVD we’re working on and the 2 CDs from the live show in Tucson in 2012. We plan on releasing these discs as a package:
“Roger McGuinn - Stories, Songs and Friends - 2 CDs and a Bonus DVD”

The live show was recorded for Roger’s mother’s 102nd birthday and the DVD is snippets from a few of Roger’s concerts and some conversations with dear friends about Roger’s musical journey. I’m still laughing at Dave Barry’s story about Roger and Stephen King experimenting with a GPS on board an airplane during a Rock Bottom Remainders concert tour.

We didn’t get the editing finished as soon as we wanted, because the troubadour I married always puts performing first. In August we headed north for two more concerts with Peter Frampton and His Guitar Circus. 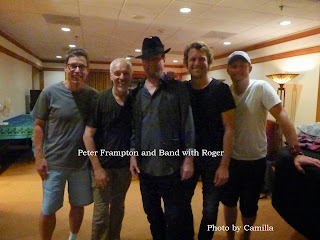 September’s calendar held a special treat for us. Our van was packed for one of our favorite drives - Florida to California. 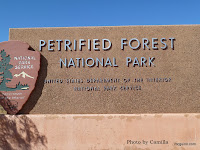 We included enough time to stop at the Petrified Forest National Park on Interstate 40, but our government representatives thwarted that plan.
Our elected officials could not come to any logical conclusions. The park was closed the day we got there. We stood at the gate with a couple from Oregon just shaking our heads and wondering why the President and the members of Congress still received a pay check when they couldn’t even keep a park open. 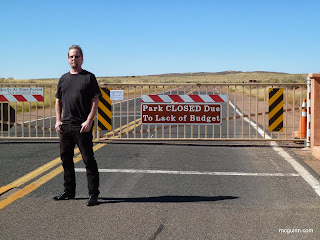 We stopped in Flagstaff for the evening and heard stories of so many families being disappointed because the Grand Canyon had been closed as well.

Our first concert on this tour was at the beautiful Music Instrument Museum in Phoenix, Arizona. http://mim.org/about/about-mim/

The museum, founded by Robert Ulrich, was created to represent the musical instruments and music from every country in the world. Mr. Ulrich included a very lovely performing arts theater in the plans. He accomplished it all for merely the cost of one Impressionist painting. He is an avid collector of fine art.

We wanted more time to explore this state of the art audiovisual museum but Roger had rehearsals scheduled in Los Angeles with Marty Stuart and the Fabulous Superlatives. 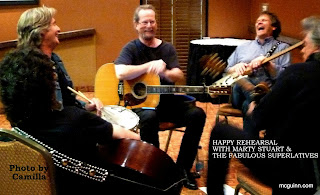 The first time Roger met Marty was in the mountains of Tennessee while recording the song “Turn, Turn, Turn” for an IMAX movie with Dolly Parton.

Marty and Roger took two chairs and their guitars down by a creek in the woods and played during the breaks from the movie shoot. A group of us gathered at the top of the hill, silently listening to the two musicians drift away to guitar heaven playing songs that Roger used to play with Clarence White in the 70s. Fortunately I had my camcorder! http://www.youtube.com/watch?v=c4qLoSJkAT0

Marty owns the guitar that Clarence played when he worked with Roger in the 1970s. What blew Roger away was Marty’s fingers flying over the fret board just as fast as Clarence’s had.

Since that magical moment, ­­Roger has worked with Marty a few times; the Grand Ole Opry and Marty’s TV show.  One day, Andrea, Roger’s agent asked me if there was anyone Roger would like to play with in concert and I immediately suggested Marty.

We headed to Los Angeles for two days of rehearsals and three California concerts: Pepperdine University in Malibu, The Poway Center, in Poway and the Gallo Center in Modesto. It was sad to say goodbye to Marty and the band, but two more concerts with them are scheduled in Bethlehem, PA and Utica, NY during November.

After Modesto we had a few days off before Roger’s next “Evening with Roger McGuinn” concert in Grass Valley, CA. Our friends, Steve and Melanie, invited us to visit them in their Marin County home nestled in the mountains. 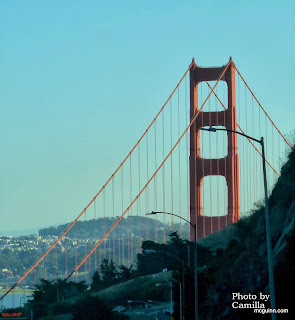 Steve is a foodie. We spent two days driving down the mountain to San Francisco and eating the best Sushi and Dim Sum that can be found. 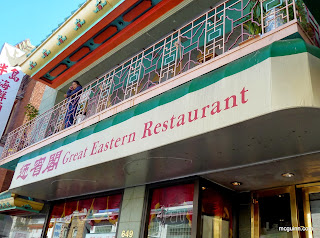 I had not even heard of Grass Valley before they asked Roger to perform in their Arts center. What a delightful surprise to find this picturesque little town tucked in the western foothills of the Sierra Nevada mountain range. 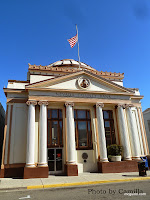 There was gold in these hills and the town shines brightly. We loved exploring the history filled streets the day before the concert.

The morning after the concert I hit the “GO HOME” button on the GPS. I forgot to take into account that this particular GPS liked to take us on roads we didn’t intend to go on. After a few minutes of driving, we both said, “I think we’re going the wrong way!” Then we laughed. We had time and being on roads we haven’t traveled before is our type of adventure.

The drive was beautiful over the mountains to Reno then down to Las Vegas. It was a much prettier route than our original plan to take Interstate 5 through California. 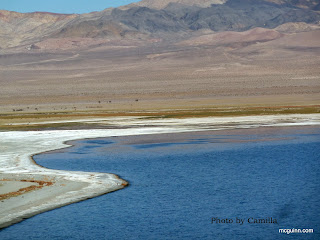 Carson Lake, Nevada was a complete surprise to us. To the left was the water and to the right snow covered mountain peaks. 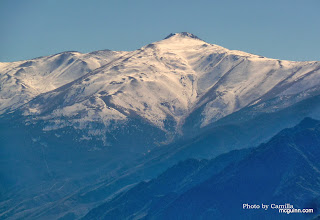 We also saw endless rows of some very strange bunkers dotting both sides of the highway. Roger researched it and found that the bunkers are filled with ammunition for the U.S. Army. We were happy to keep driving. We usually stop before night fall, but there wasn’t a hotel we wanted to stay in until we reached the suburbs of Vegas. 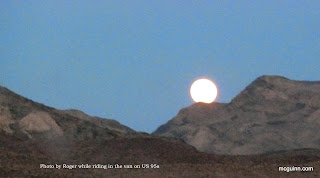 The full moon rising over the desert mountains was a wonderful reward for driving with the sun setting to our right.

We always get home faster than when we begin a tour. I like to leave time for any possible road delays before a concert. This trip home from California only took us four and half days. Just in time for a birthday pizza in the garden! ( I seldom get pizza!) 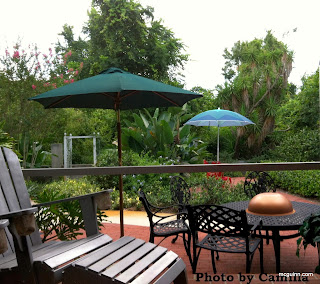 I never unpacked from the California adventure. I didn't see the point. We were soon leaving for some more wonderful concerts with Marty and the Fabulous Superlatives in Bethlehem, PA and Utica, NY. In between, Roger  will be performing in Albany, NY at the theater "The Egg." We love the intimacy of that venue.

NEWS FLASH:
The day we left, before the van pulled out of the driveway,  we sent the CDs and DVD to Oasis to press!